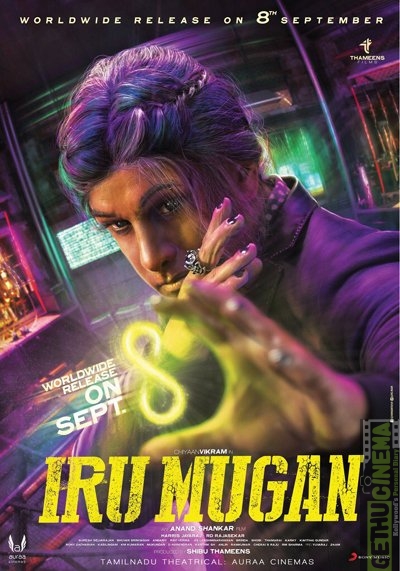 Irumugan is all set to storm the box office from September 8. Chiyann Vikram is playing a double role in the movie for the first time under Anand Shankar’s Direction.

Its Irumugan Settai From September 8.