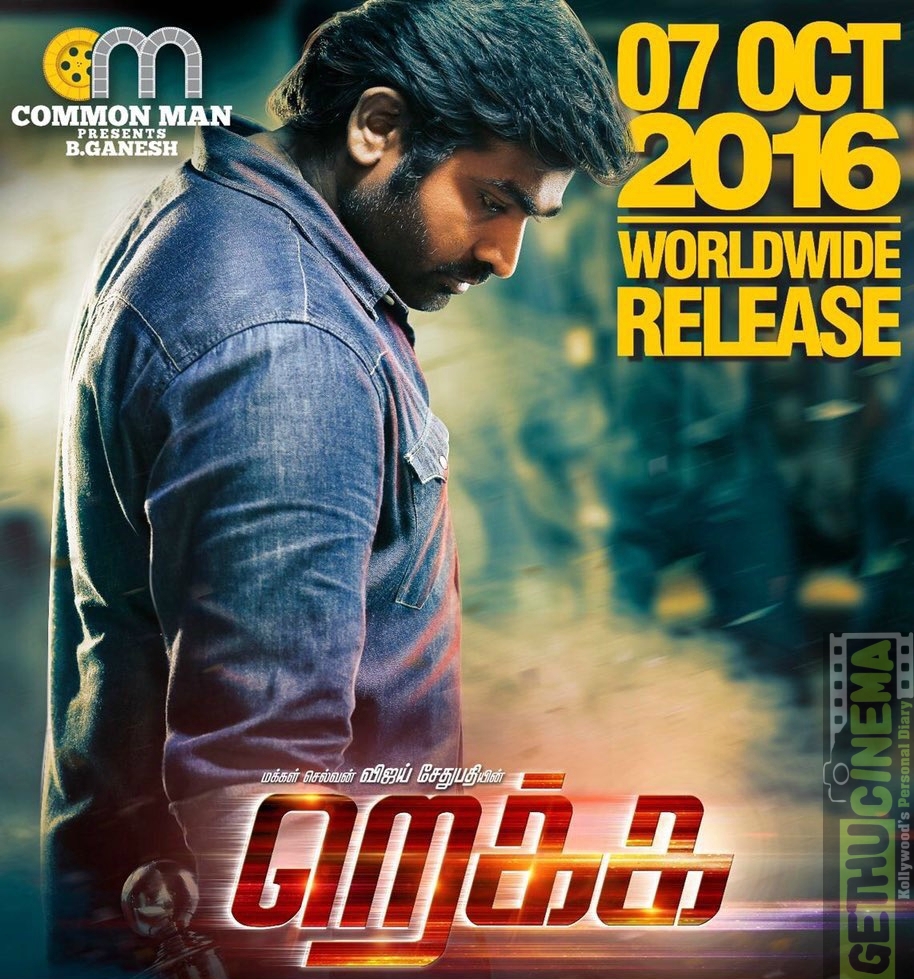 Vijay Sethupathi’s next Rekka which is slated to be a commercial entertainer has got its release date confirmed. The makers of the movie have finalised the slots for the release on October 7.

While the Vijay Sethupathi’s biggie Seenu Ramasamy is gearing up for its release this friday, Rekka has confirmed its release on the month of October.

Rekka movie which has Lakshmi Menon as the female lead has a few song portions shot in islands of Thailand. This is the first movie for Vijay Sethupathi in which he has an abroad song portion although his filmography has crossed 30 films.