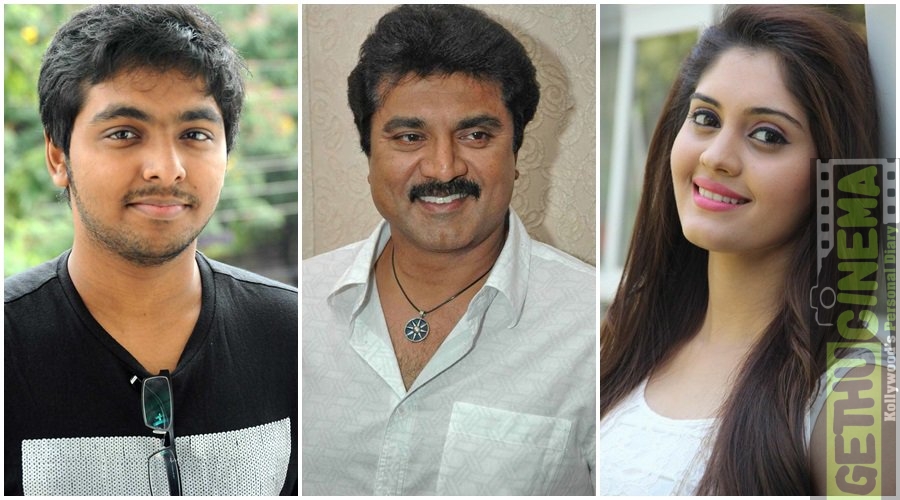 The music director turned actor who is now making rounds at box offices has signed his next. While announcing the title of his next movie, the Daarling actor has also revealed the lead heroine of the movie.

Tentatively titled “Adangaathey” the movie is to be directed by debutante ” Shanmugam Muthusaamy ” and Surabhi who played the lead female role in “Ivan Vera Mathiri ” is the heroine here.

The team have also announced that SarathKumar will be seen essaying an important role in the movie.

Meanwhile, the teaser of the G.V.Prakash’s movie ” BruceLee” is scheduled to be released today evening. Stay tuned to this space for the update.