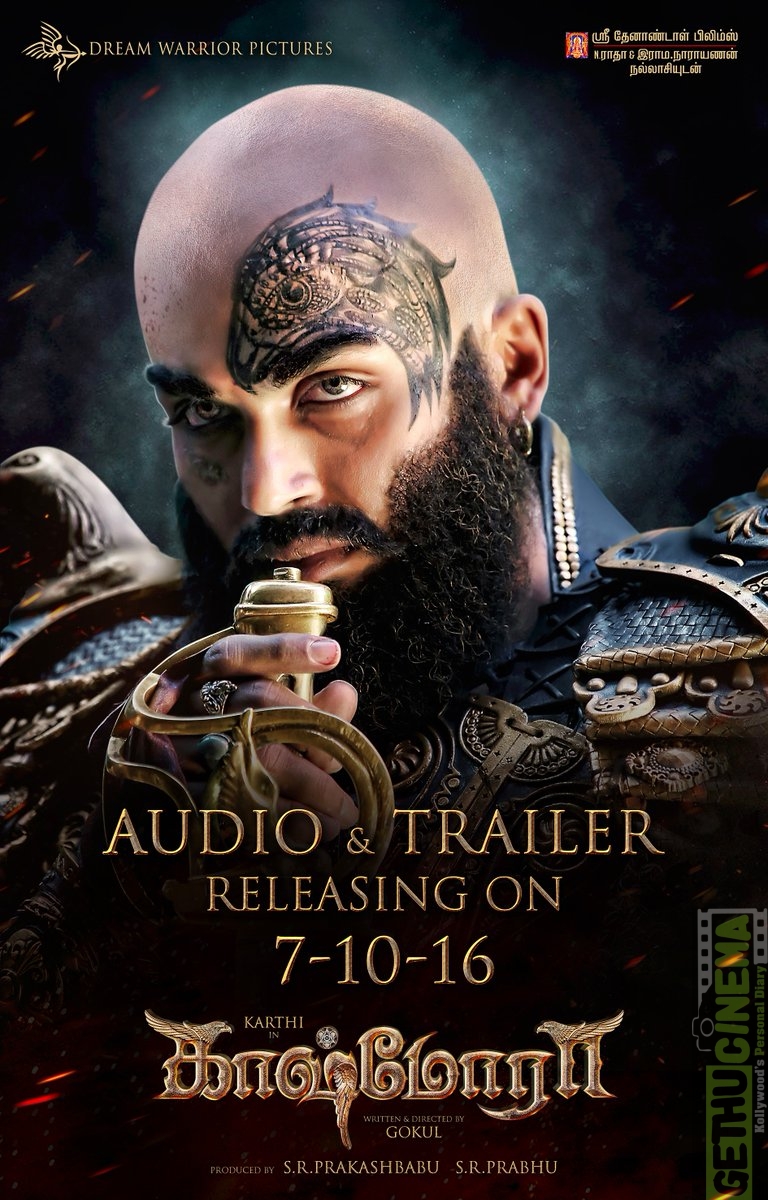 Kaashmora the magnum opus for Karthi is a period action thriller. When the producer was questioned on what kind of movie Kashmora will be S.R.Prabhu replied that the movie would  be in the lines of Magadheera.

The Karthi’s look in the film was kept under wraps for quite sometime and when the first look was finally released last month, the posters were enough to make the fans go crazy about the movie, since the actor sported a different look for the character. The Paruthiveeran hero was full bearded but had a clean shaven head for the movie. Karthi was seen in the back drop of an ongoing war.

For almost a fortnight or more, fans of the actor were trending the photos on social network. Tonight the makers of the movie have come forward to announce the release date of the trailer and audio. October 7 is the date finalised by the Team to release the audio and trailer of the movie.

The music for this biggie is taken care by Santhosh Narayanan.