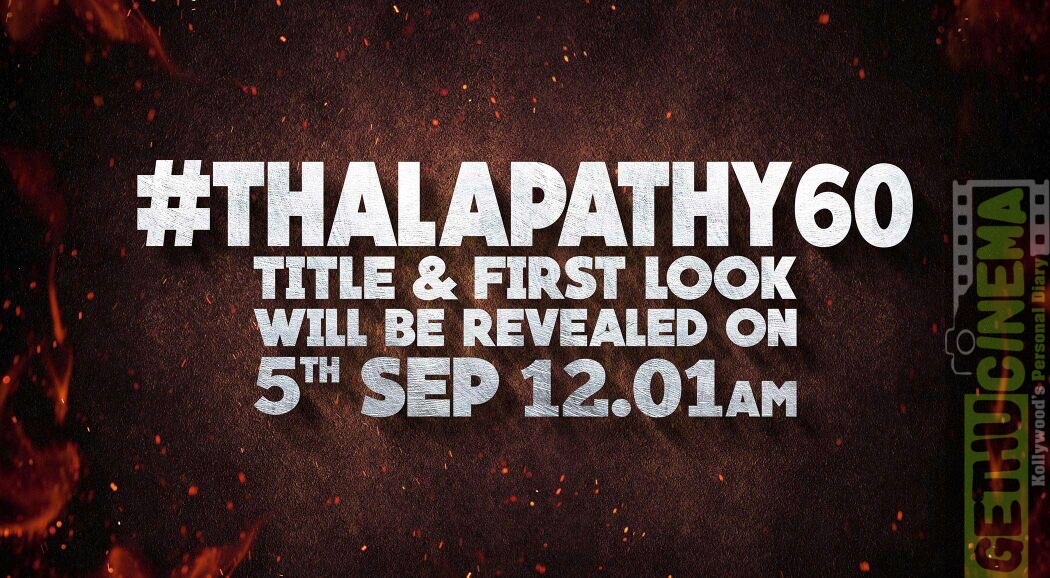 Ilayathalapathy Vijay starrer Thalapathy 60 is the talk among the town now, thanks to the small announcement made by the movie crew. The movie is being directed by Barathan of Azhagiya Tamil Magan fame and the music is handled by Santhosh Narayanan.

The Thalapathy 60 team announced yesterday evening that the first look and the Title of the movie will be released on September 5th at 12:01 AM.

This announcement along with an image was enough for the fans to lose their sleep. It is to be mentioned that this announcement has been trending in the microblogging site Twitter for the past two days.