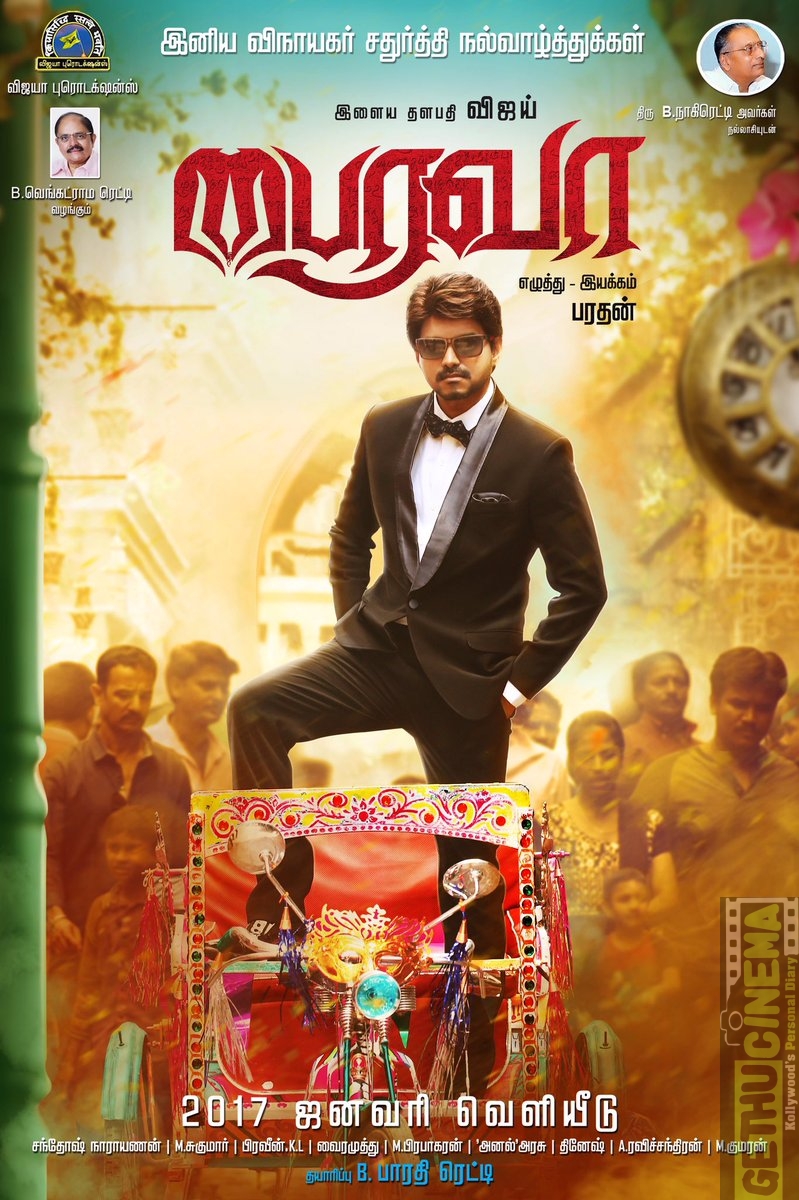 Thalapathy 60 has got a name now. BAIRAVAA is the official title for the Ilayathalapathy Vijay starrer. Actor Vijay announced the name along with the first look poster from the movie in his twitter account.