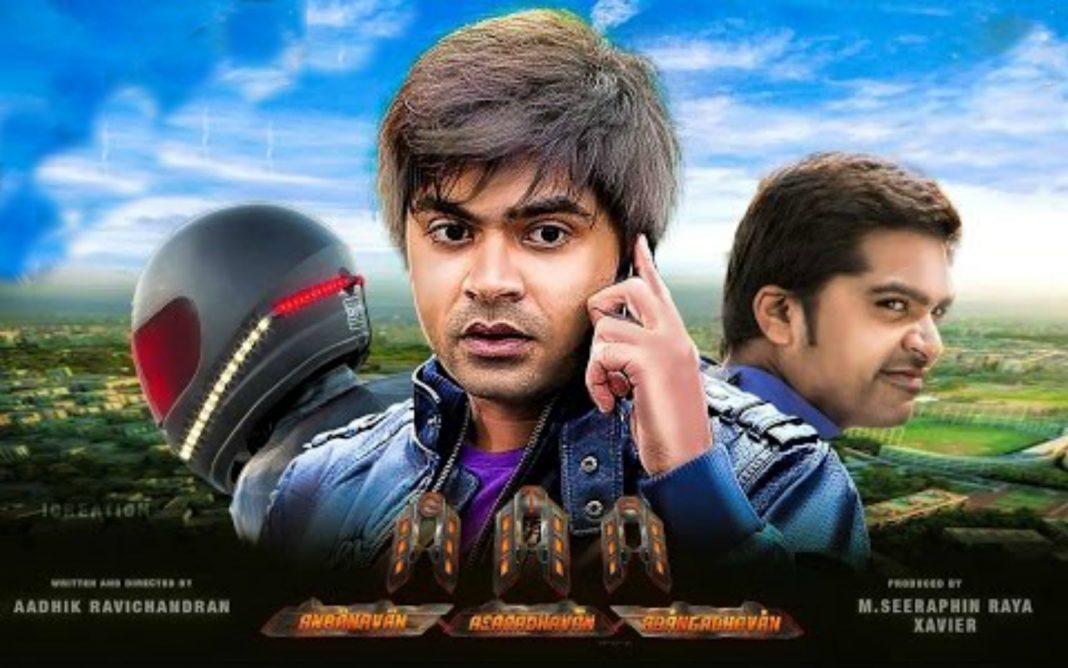 Simbu’s most expected project with director Aadhik Ravichader of Trisha Illana Nayanthara fame is “Anbanavan Asarathavan Adangathavan”. The movie ever since its announcement has become an instant sensation, thanks to the debut film of the director which won the hearts of the youth.

The director announced that the movie “AAA” will be filled with adult comedy and STR is known to be the hero in kollywood who does not shy away from experimental roles. Director has earlier revealed that the STR will be seen in three different avatars for the movie.

While the director had earlier revealed the first avatar “Madurai Michael” where we had STR sporting a retro look.

The portions of the film with this particular retro look had been completed with Shriya Saran playing the lead female character for that particular portion.

He also said that STR had been gaining weight for this particular role.