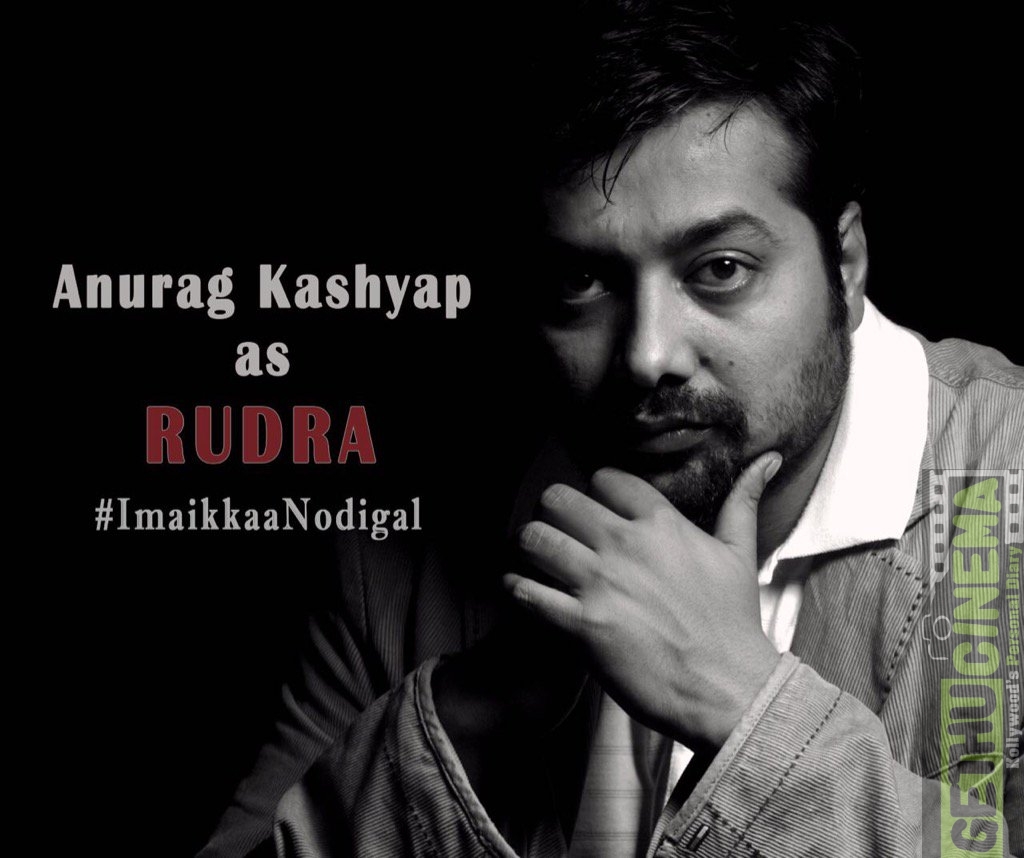 Imaikaa Nodigal to be directed by Ajay Gnanamuthu of Demonte Colony fame is increasing its stellar cast day by day. It was reported earlier that Nayantara will be starring in a never seen before avatar opposite Atharvaa and Raashi khanna. Hip Hop Tamizha has been signed as the music director for the film.

Now as an interesting addition to the cast list, the crew has signed bollywood director Anurag Kashyap to play the role of Rudra in the movie. The character Rudra has been speculated to be the villain role, but the makers of the movie have announced that Rudra’s character will be unique for Tamil audience .

Anurag Kashyap is known for his movies like Gangs of Wasseypur and Black Friday which have got worldwide recognition. He tried his stint at acting in recently released A.R.Murugadoss’s Akira as a ruthless police police officer.