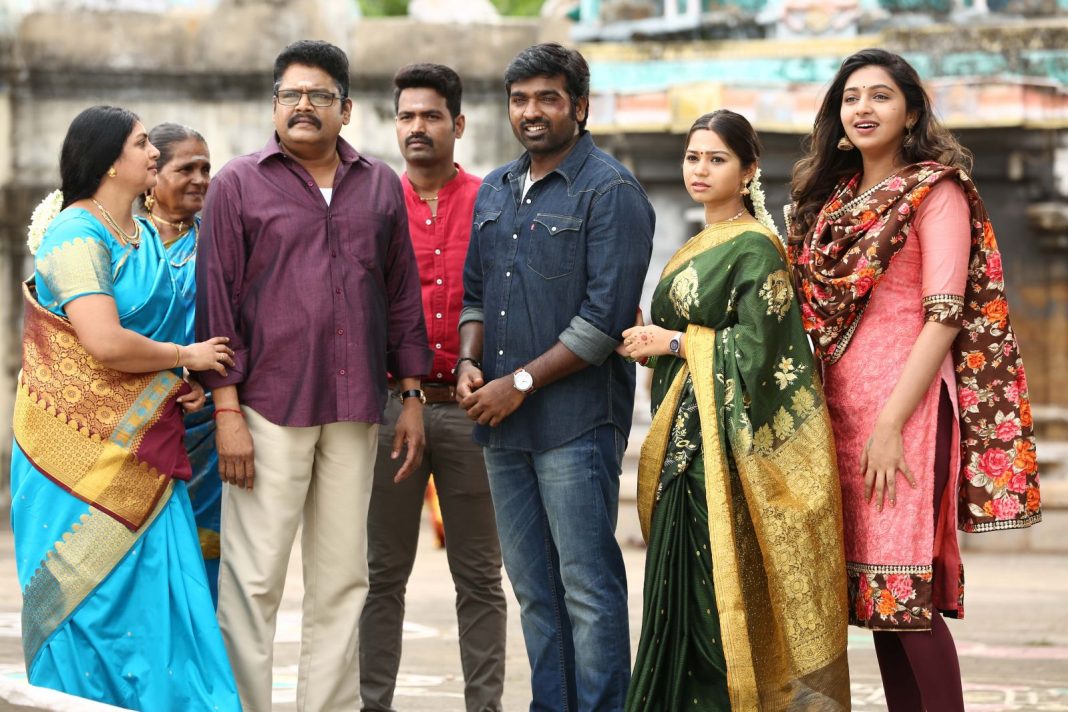 Vijay Sethupathi’s sixth release this year has opened to humongous expectations thanks to the 5 films released earlier this year all of which turned out to be super hits. Vijay Sethupathi who is known for portraying protagonists through his subtle method acting has taken a step to foray into action hero avatar. He makes a pulp out of baddies, makes his way through 100s of goons who are trying to stop him like it’s a piece of cake for him. This is what makes most of Rekka.
Unlike other commercial movie, the movie doesn’t depend on the songs or the action sequences instead the movie moves steadfast with the confidence it has in its storyline. The movie opens with the interaction between two villains and then later with one of the villains and the protagonist Siva (Vijay Sethupathi).

The movie has songs that are placed for the sake of placement, which even affect the flow of the story. We are shown in detail the character of Vijay Sethupathi which forms the big plus of the movie. Vijay Sethupathi scores brilliantly in many scenes.

Rekka builds enough tension between the scenes that it is supposed to build, but very sooner that tension disappears into thin air making the film go through its lull moments. Lots of emotional clichés are spread throughout the entire length of the movie which instead of adding drama to the movie, just act as speed breakers.

The director makes it clear in the very first few scenes that this would be a movie where Vijay Sethupathi would get to show off his macho skills. We enjoy the stunts forgetting every logic that exists on earth, just because it is Vijay Sethupathi who is on screen. But after a couple of fight sequences we feel that the same action sequences lose their purpose and a bit overdone.

Although the movie has enough content that would make the movie interesting, the story is not told in a way that is strong enough to grip the audience to the edge of the seats. You wish to forsake your brains and then watch the movie to enjoy the movie, but there are some scenes where we could never justify the logic in this eternity. We never expected to watch such scenes in a Vijay Sethupathi movie.

You need not place a song in the most nail biting moment of a movie just for the sake of placement. Vijay Sethupathi’s flashback as a kid looks lovely than the original movie. If the flshback and other twists in the story had been revealed earlier, the movie would have gone a step further in entertainment quotient. Sija Rose who plays the “Mala akka” is lovely and memorable. We wish there had been more scenes with her.

Just because of the unexpected lull moments the flow of the story even the interesting scenes which come after that lose its importance.

The good story line is wasted to bad storytelling and cinematic necessities in the attempt to make this a great movie. The movie becomes watchable for the wasted story, Vijay Sethupathi and nothing else.