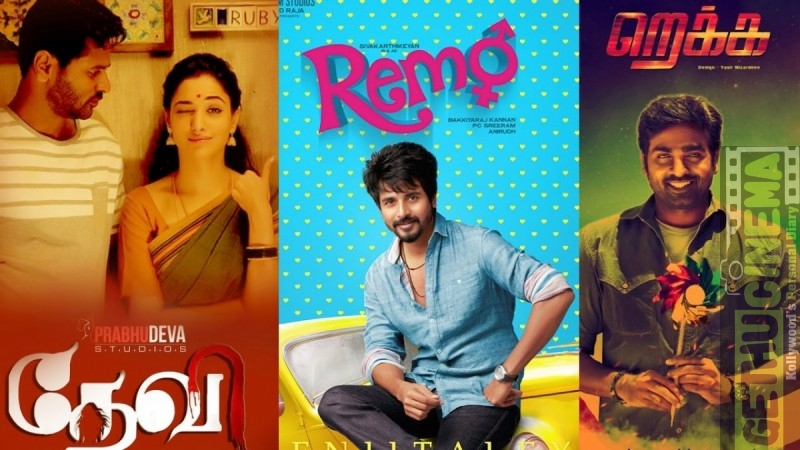 The 3 holiday releases last weekend, all of which released to great expectations have been performing well at the box offices despite mixed reviews from critics. Remo, Rekka and Devi proved to be great performers at the box office.

By the end of three days , the gross collection of the movies are,