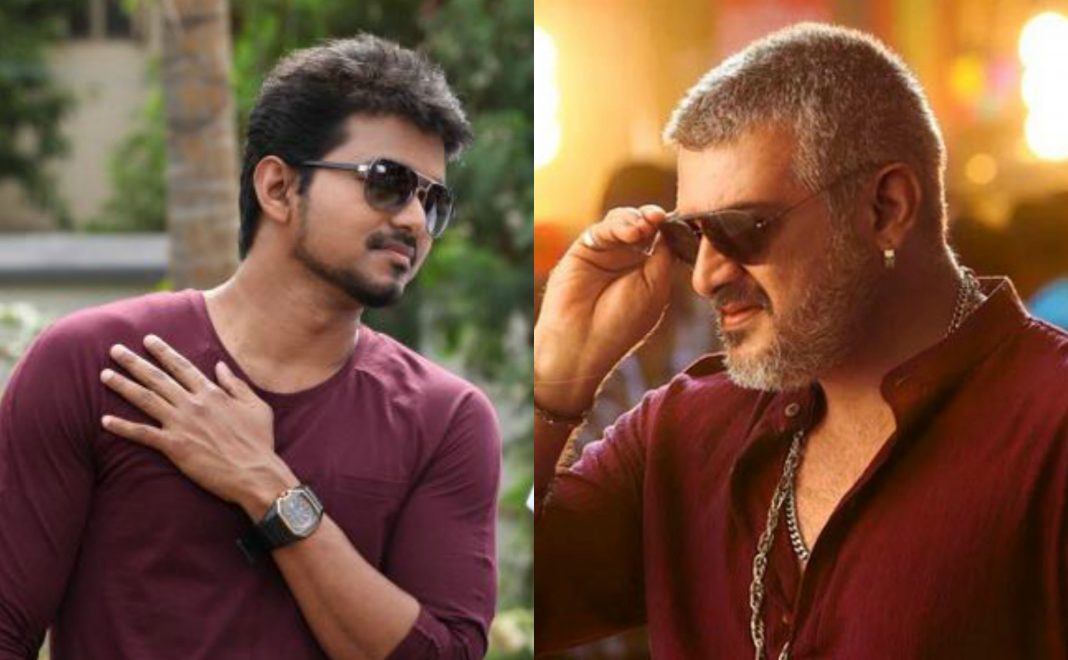 Most expected movies that clashed with each other at 2014 box offices were Veeram and Jilla. Both the movies despite receiving mixed reviews rocked the box office for that year. Vijay appreciated director R. T. Neason for the huge success that year and even agreed to do another movie with the director.

R. T. Neason is all set to remake one another blockbuster of Ajithkumar movie in Telugu with powerstar Pawan Kalyan. Vedhalam which proved the box office mettle of AjithKumar in the year 2015 was considered as one of the profitable outings of the year. The movie has kickstarted with official Pooja.

If sources are to be believed, Pawan Kalyan is also remaking Ajithkumar’s another blockbuster “Veeram” .