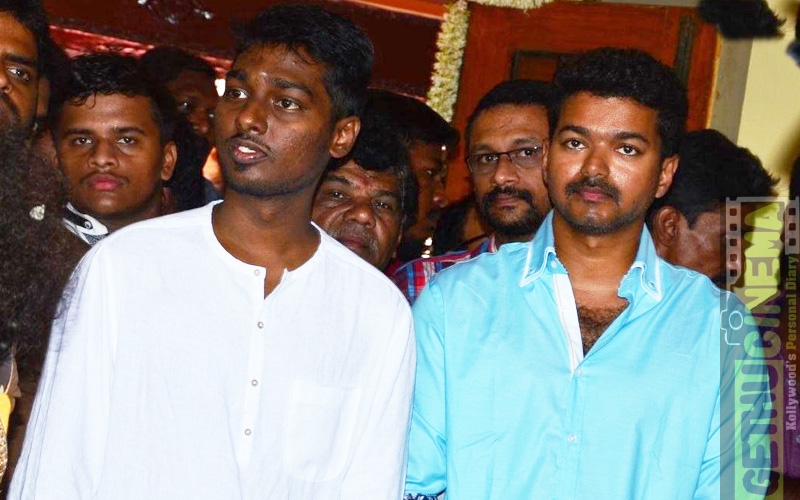 Hema Rukmani, CEO of Thenandal films have confirmed their next outing with Ilayathalapathy Vijay. Ending rumours that were floating in the industry for a long time, the Hema Rukmani speaking on behalf of Thenandal films in a press conference said that the rumours were actually true and that they were excited in casting a big hero like Ilayathalapathy Vijay under their banners.

She also confirmed that the director of this dream venture would be Atlee and they hope to recreate the Theri magic which proved to be one of the biggest blockbusters of the year. It is also said that Atlee will retain his Theri team for Vijay 61 as well.

Things were planned for Vijay 61 in such a way that the movie will go on floors from February, which would less than a month after the release of Bairavaa.