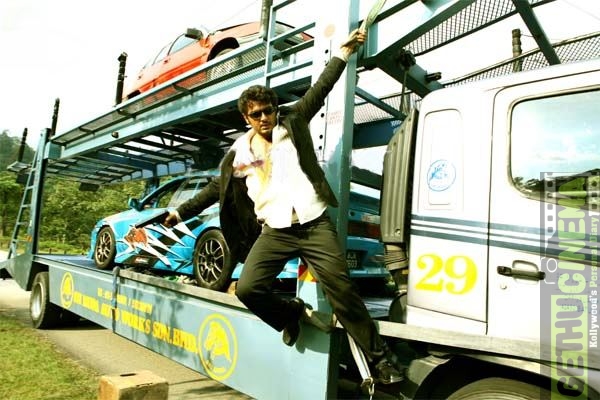 Thala 57 aka AK57 is getting completed at a brisk pace and the crew is in Hyderabad right now to cover an underwater fight sequence as a part of the schedule. Thala 57 has AjithKumar and Kajal Agarwal in the lead roles, and the movie is touted to be an action thriller and is being directed by Siruthai Siva.

This is the third time director Siva and AjithKumar are coming together, since their early outings proved to be victorious the duo is planning on continuing the winning streak. Their previous outings which included Veeram and Vedhalam had mind blowing action sequences. Ajith didnot shy away from filming these sequences without using body doubles. He himself came forward to be a part of the stunt sequences instead of using a stunt double.

Likewise even in this film there is an underwater action sequence and AjithKumar has come forward to enact the scene without using any stunt double. The makers of the movie feel that this would be an important sequence in the film and Ajith would be lauded for taking this risk once the movie is released.