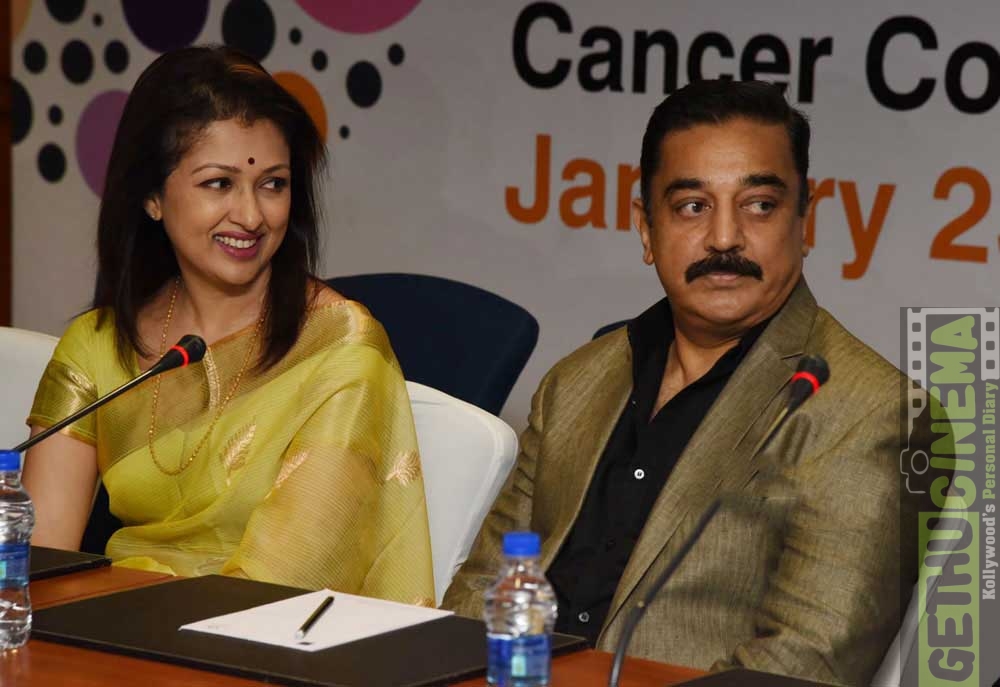 Actress Gautami who was last seen in Namadhu announced her break up with Kamal Haasan in a detailed post in her blog. The couple were together since 2005. In an emotional post Gautami said that her relationship with Mr.Haasan was on a whirlwind for at least last couple of years and it took a long time for them to come down to this decision. She also mentioned that this is one of the heartbreaking decisions she has ever taken in life.

Citing the reason for her separation she stated that she is a mother first and to be the best mother for her daughter she had to be at peace with herself.

Her entire post on her blog titled “Life and Decisions” about her separation with Mr.Haasan is as follows.

” It is heartbreaking for me to have to say today that I and Mr. Haasan are no longer together. After almost 13 years together, it has been one of the most devastating decisions that I have ever had to make in my life. It is never easy for anyone in a committed relationship to realise that their paths have irreversibly diverged and that the only choices in front of them are to either compromise with their dreams for life or to accept the truth of their solitude and move ahead. It has taken me a very long time, a couple of years at the very least, to accept this heartbreaking truth and come to this decision.

It is not my intention to seek sympathy or assign blame. I have understood through my life that change is inevitable and human nature will define that change for each individual. Not all of these changes might be what we expect or anticipate but that does not, in any way, negate the very real impact of these diverging priorities in a relationship. This decision to set forth on my own at this stage in my life is perhaps one of the most difficult decisions any woman will ever have to make but it is a necessary one for me. For I am a mother first and foremost and I have a responsibility to my child to be the best mother that I can be. And to do that, it is essential that I am at peace within myself.

It is no secret that I have always been a fan of Mr. Haasan’s since before I came to the film industry and I continue to admire and cheer on his monumental talent and achievements. I have stood by him through all his challenges and they have been precious moments for me. I have also learned a great deal from working with him as costume designer on his films and I’m proud that I was able to do justice to his creative vision in those films. Along with all of his accomplishments to date, I know that there is much more to come from him for his audience and I look forward to applauding those successes.

I would like to say that I am sharing this monumental happening in my life because I have always lived my life in your midst, with dignity and grace to the best of my ability at all times, and all of you have been a part of my life’s journey in so many ways. I have received so much of love and support from you through the past 29 years and I would like to thank you for the many ways in which you kept me going through the darkest and most painful times in my life.

With love and regards,