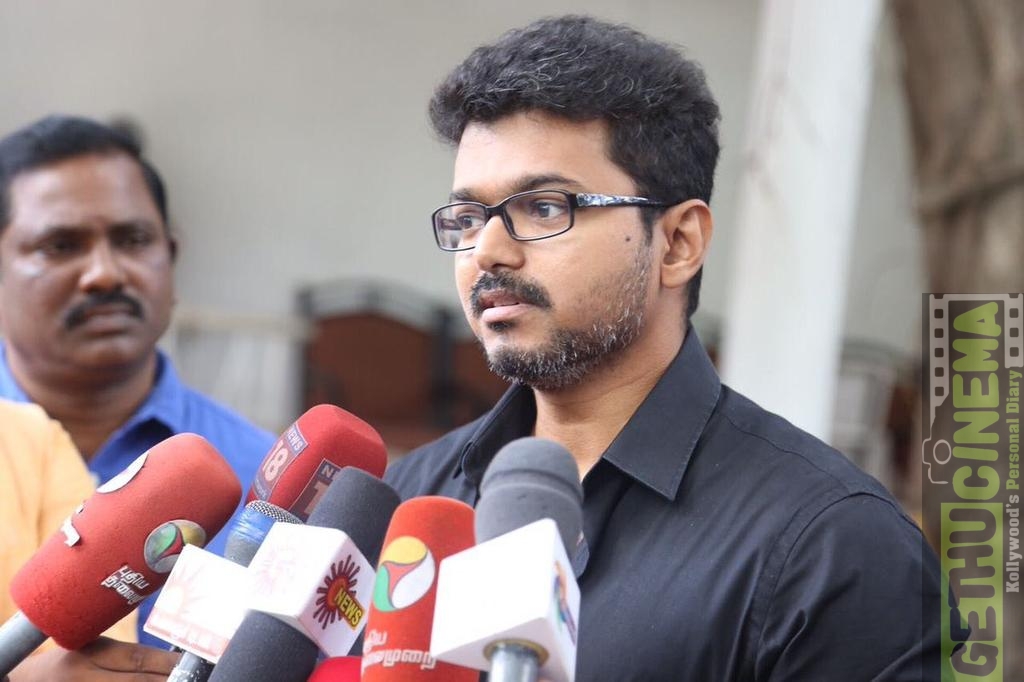 Actor Vijay today in Vadapalani expressed his concern over the demonetization move by the government. While addressing the press, he lauded the central government for the ingenious move of demonetizing 500 and 1000 Rs notes to curb black money. He further added, ” this move is sure to bring good changes to the Indian economy. When such a big decision is being implemented with a bigger goal in mind, certain drawbacks are sure to come. We could not avoid such drawback, but had there been some measures to minimize the impact of the demonetization among the common people it would have been better.” 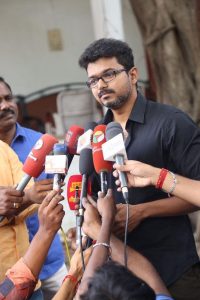 He also added that he learnt from the news about a senior citizen who attempted suicide after learning that she could not conduct her daughter’s marriage with the money she saved. Vijay expressed that he feels sorry for the daily workers who are earning in 500’s and 1000’s daily. He said,” People finding it difficult to make their ends meet daily concerns me. I feel bad when we see in the news that common people are being denied of their basic needs”

He also reiterated that the decision to demonetize higher value currency is a courageous move, but at the same time if proper measures had been made in a way to control the impact, it would have been more appreciable. He said,” I guess out of the total population 20% might belong to the rich community. Of them only few people are defaulters. It is disheartening to know that 80% of the people need to suffer because of the defaulters.” He concluded by saying,” I learnt that panic has decreased in most of the areas. It is not like as it was during the first two or three days. But still, villagers and other people have to be educated.”

Video link to the Vijay’s complete speech can be found below.