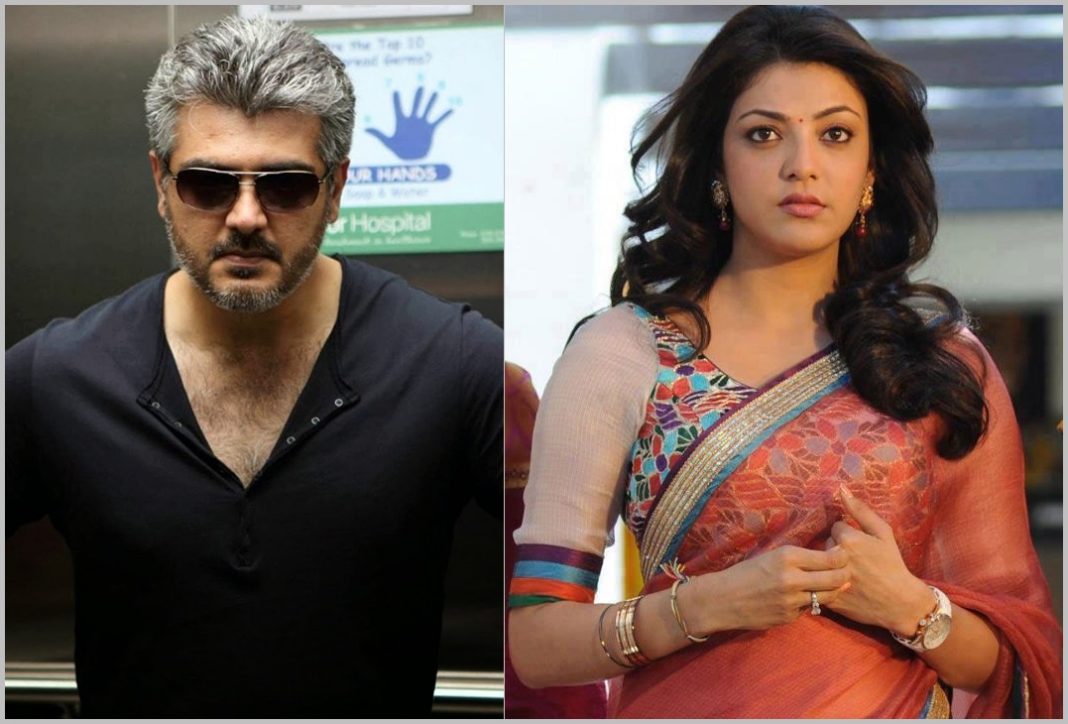 Ajith’s third film with director Siva after Veeram and Vedhalam is being shot in a brisk pace. The working title of the film is “Thala 57″. The film has been making news ever since the pooja started thanks to the popularity and the fan following the lead actor has. Kajal Agarwal is playing the lead actress in the film and in a recent interview she has praised the actor’s modesty.

She said that ” though i am a junior to the actor, he still calls me as ‘kajal ji’ and since he was calling me that way, soon every one in the crew followed suit and started calling me ‘kajal ji'”.