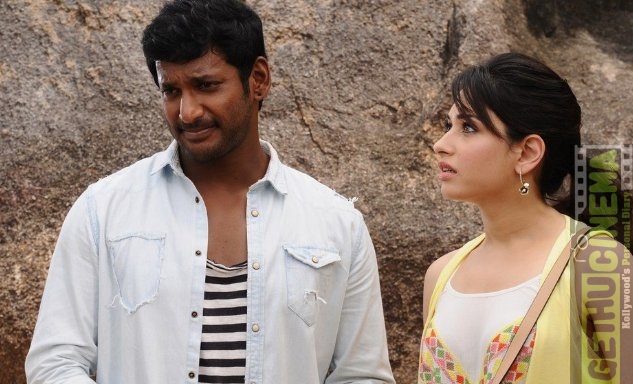 Demonetisation of 500 and 1000 Rs has not only affected the commoners but has also had a great impact in the film industry. Many films which have announced their release dates earlier are now coming forward to postpone their release owing to the panic among the people. Saithan is one such film which succumbed to the situation. Now Kaththi Sandai has joined the list. Kaththi Sandai which has Vishal and Tamannah in the lead is directed by Suraaj and produced by Cameo films International.

The makers of the movie Kaththi Sandai have made an official announcement stating that the movie was made in order to entertain a larger part of the Tamil Audience throughout the world. The makers find it unjust to release the movie in the midst of such a situation. Thus postponing the release of the movie indefinitely.

The announcement reads “ We made Kaththi Sandai with the aim of entertaining Tamil Audience all over the world. But with the current situation, we find it unjust to release the film while thousands of people suffer in the money crisis. We have decided to postpone the film until people are back on their feet and functioning. Vishal fans and Tamil cinema audience all over, please support us in this decision of ours. We promise you that when we release, it’ll be a complete treat to all kinds of audience. Thank you! Team Kaththi Sandai ” 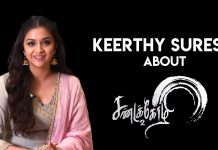 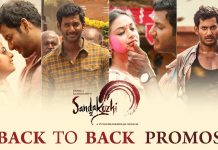