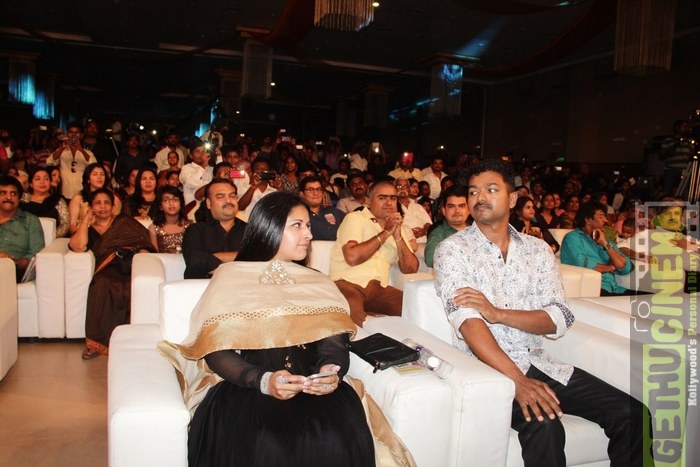 Ilayathalapathy Vijay’s Bairavaa shooting has been wrapped and the post production works are going on in full swing. While the makers of the movie has decided Pongal 2017 as the release date for the movie, the audio launch of the movie is expected sometime in the month of December.

Sources close to the crew says that Ilayathalapathy has requested the makers of the movie to release the audio without any big function. It is learnt from reliable sources that this decision is taken by Ilayathalapathy owing to the panic in the public because of the demonetization issue in the country in the recent times.

If what we hear from the sources are believed to be true, Bairavaa will have its audio launched in the online platforms directly any time before the mid- December while the Trailer will be released either around Christmas time or by the NewYear.