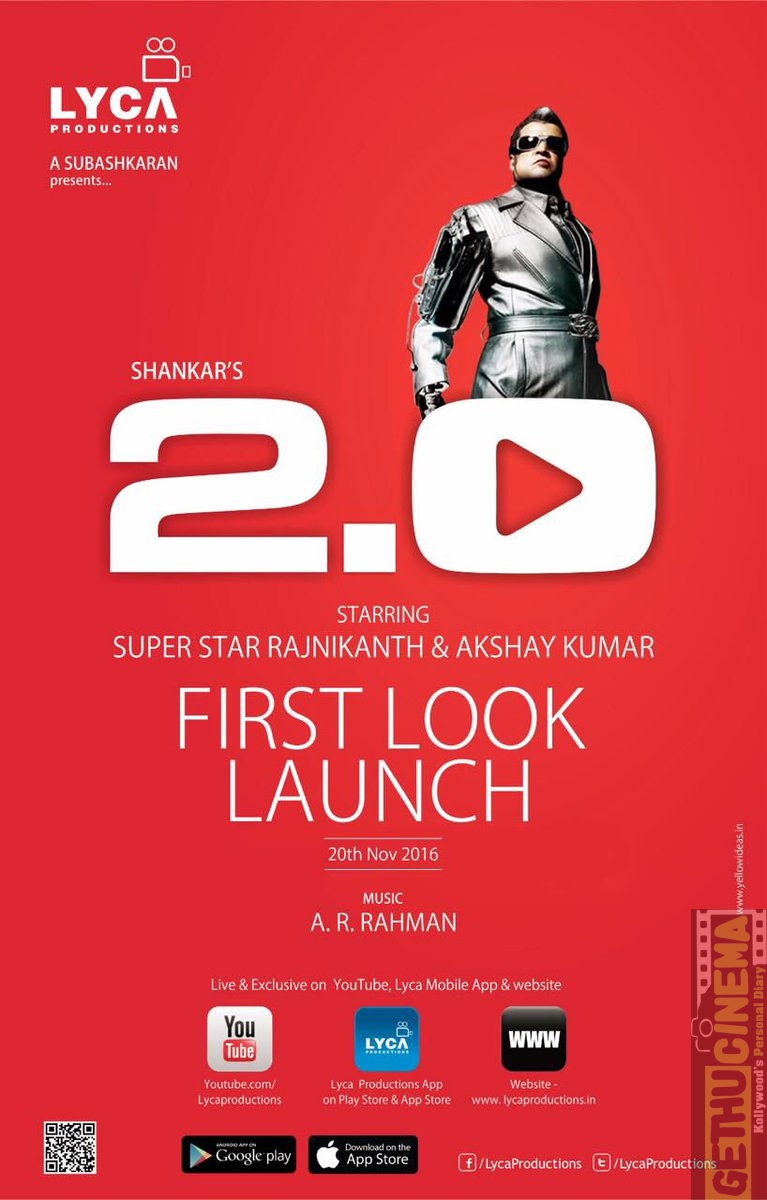 The grand event is expected to be attended by the enitre crew of 2.0 which includes, Superstar Rajinikanth, Akshay Kumar, Amy Jackson, A.R.Rahman, Nirav Shah and Director Shankar.

The event which starts by 5 PM will be telecasted live under various platforms including, Lyca Apps in Android and iOS.