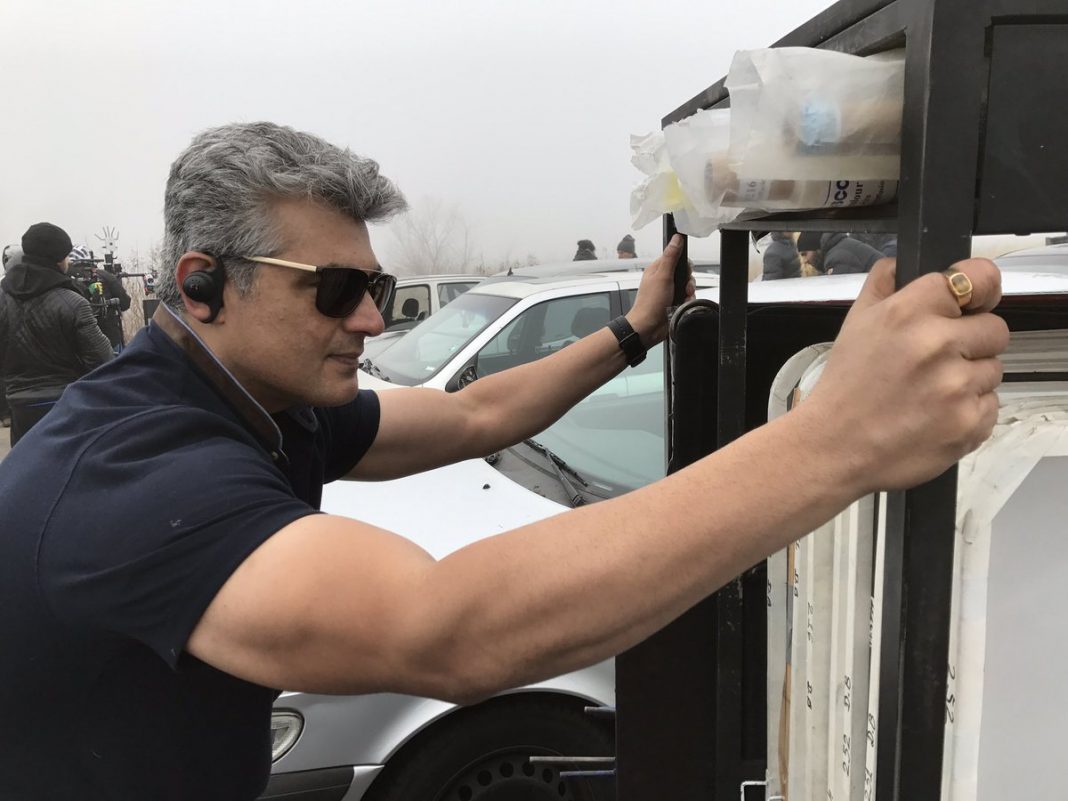 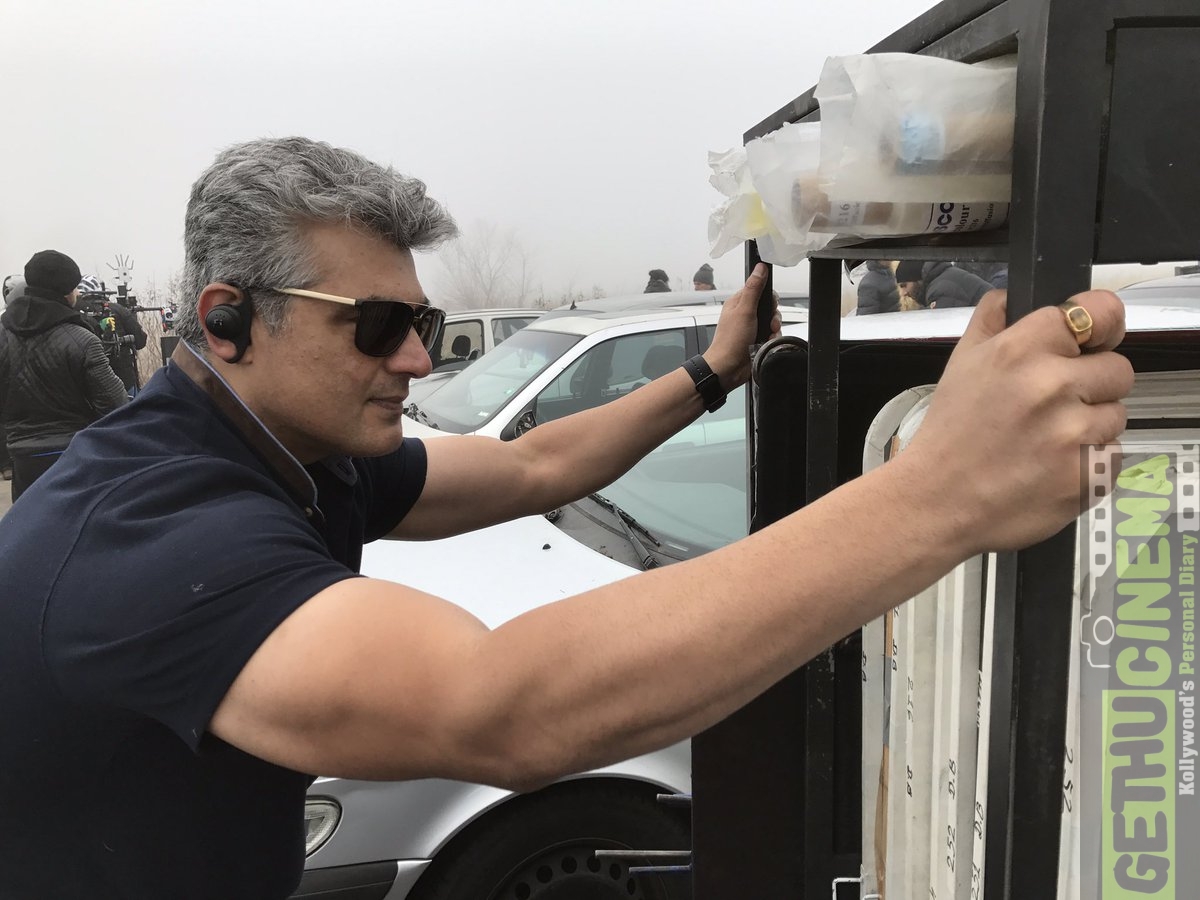 Director Siva of Siruthai fame is currently busy finishing his schedule with Thala Ajithkumar, Akshara Haasan and Kajal Agarwal in Bulgaria. The movie which is touted to be an action thriller will have Ajith kumar donning the role of an Interpol officer says sources close to the director.

Recently the director tweeted a photo of Ajithkumar with a toned up body and sporting a stylish look. The photo went viral within hours of the tweet and the internet was flooded with appreciation from fans all over the world for the new look.

The new look of Thala just took internet by storm within hours. While Editor Ruben in an interview said that the photo which was taken by director Siva himself was to divert Thala fans from unwanted activities in social media, the fans just took the photo very seriously that they started celebrating it by painting the cities with posters of the new look.

The worldwide fans took it to twitter to show how much they love the photo and the photo started trending all over India for a great deal of time.

Ever since the movie AK 57 kick started the making has been a low key affair. This is the first official update from the director himself about the movie.