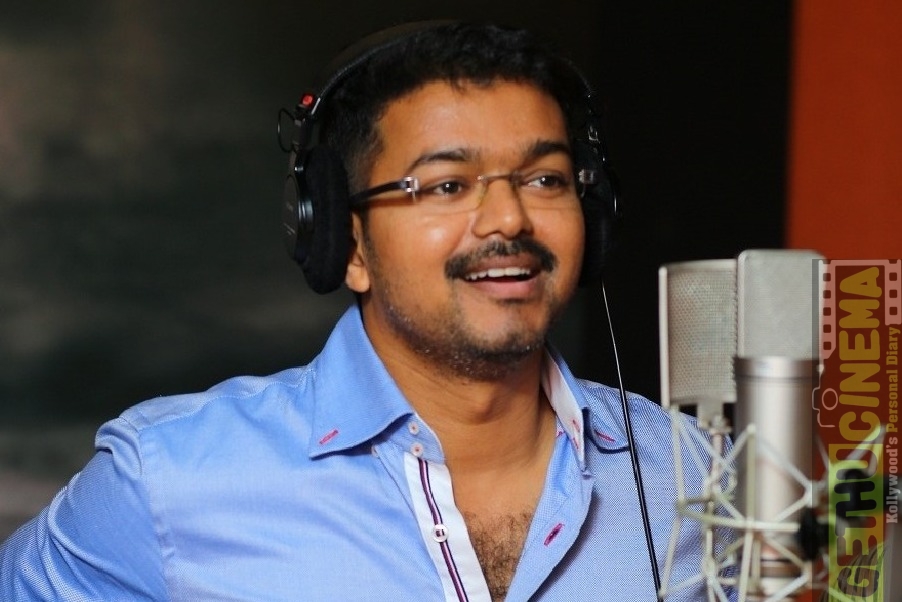 Vijay has sung a number of songs for a lot of films in the past but has taken a break for some reason. He came back as a play back singer for his own film “Thuppakki” in Harris Jayaraj ‘s music. Ever since the victorious “Google google ” from “Thuppakki ” all the music directors in his subsequent movies have made it a point to make the actor sing for their album.

Ilayathalapathy Vijay has crooned for a song in the movie Bairavaa and he has surprised music director Santhosh Narayanan with his singing capablities. Happy with Vijay lending his voice for one of the songs of the Bairavaa album, Music director Santhosh dint fail to notice that Vijay sings just like any other professional singer, Vijay replied with a smile that he is a play back singer too. And also added that he has been singing since his second film.