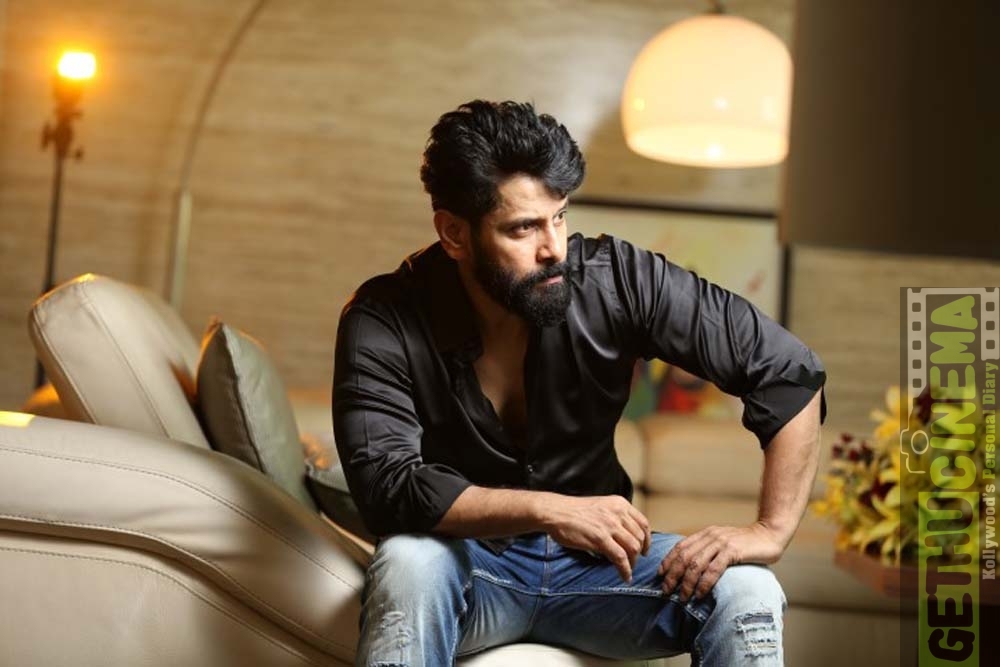 Vikram who is reportedly teaming up with Vijay Chander for his next after the success of Irumugan is to finish the upcoming movie in a single schedule of 45 days, says sources close to the film. It is said that Vikram’s dates had been bagged by Silverline Film Factory for the movie Karikalan, since the project has not taken off as expected, the production house has decided to shoot Vikram for Vijay Chander’s next with the dates as booked before.

Vijay Chander is currently in talks with Sai Pallavi for the female lead in the movie. Rest of the crew is yet to be finalized as well. Sources close to the actor also said that 45 days shoot for the project will be a single but long schedule with no breaks.

The actor is expected to join hands with Gautham Menon to kick start Dhruva Natchatiram. The director Gautham is also busy wrapping up Ennai Nokki Paayum Thotta with Dhanush and Megha Akash in the lead.