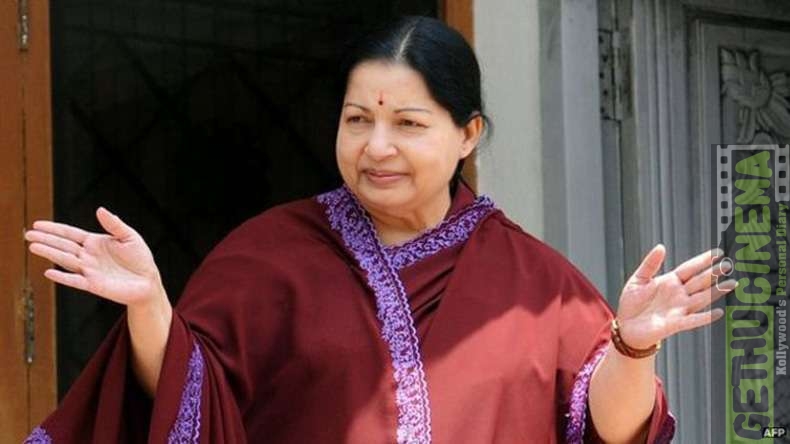 Chief Minister of the state J.Jayalalitha passed away owing to her ill health by 11:30 PM on Monday 05-12-2016. Fondly called as Amma by cadres of her party and the people of the state, Jayalalitha was a veteran actress before she made her foray into Politics. She was the highest paid actress of the nation for a time period of more than 15 years. She has acted in more than 140 films so far in more than 4 languages.

Mortal remains of Selvi Jayalalitha was kept in Rajaji Hall, Chennai for Public mourning. Political leaders from all over the nation flew down to Chennai to pay their last respects for the great leader.

Superstar Rajinikanth came along with his family for the final prayers and expressed his condolences to the friends and followers of the great leader. Actor Dhanush also came with his family to bid adieu to the Chief Minister. 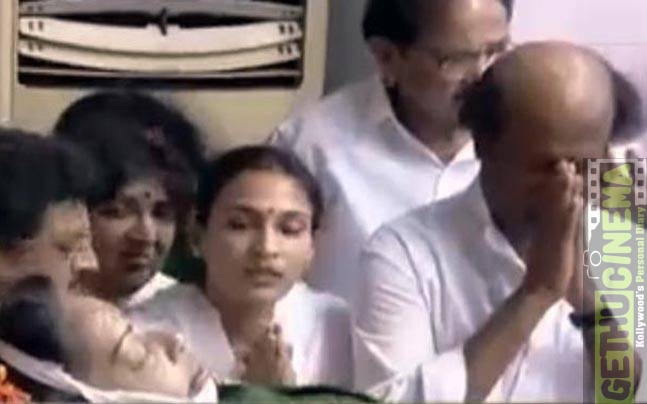 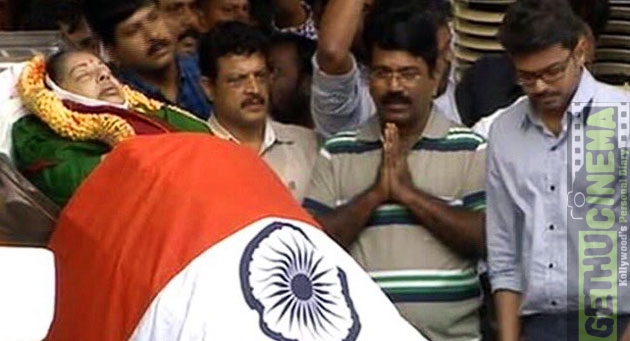