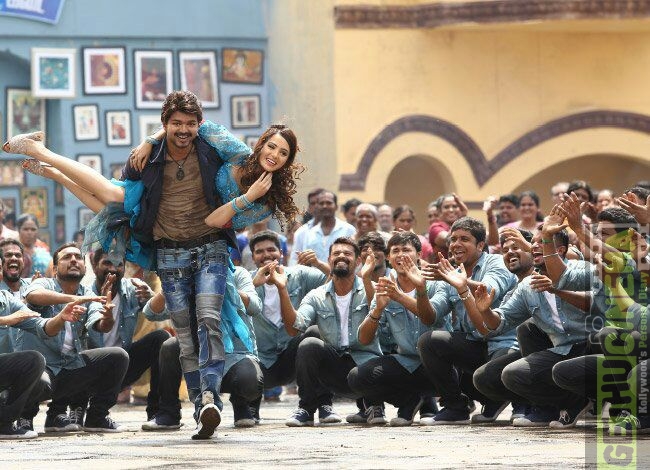 Vijay and Keerthy Suresh starrer Bairavaa has become the talk of the town, thanks to the hype around the movie and the fanbase of the leading actor.The movie is being directed by Barathan of Azhagiya Tamil Magan fame and the music is taken care by Santhosh Narayanan. This is the first time Santhosh is handling a Vijay film. So far we have learnt from the sources close to movie that Vijay has sung a dance number in the movie.

Earlier the rumours around the film circle suggested that the movie will not have any audio launch events. The rumours have turned out to be true. The makers of the movie has decided to release the audio album of the movie directly in online stores and youtube, rather than having a grand function to release the same.

The decision was suggested earlier on account of unrest that prevails among the common public due to demonetisation issue in the country. While the sources suggested that the Bairavaa team might also conduct the audio launch as a low key affair. Later after the demise of the Chief Minister Puratchi Thalaivi Amma the team confirmed that there will be no audio launch function for the movie.

Instead the audio will hit the stores and the online stores directly. It will also be subsequently released in youtube as well.

The movie apart from Vijay and Keerthy Suresh have a great number of cast including Jagapathi Babu, Daniel Balaji, Aparna Vinod and Sija Rose.