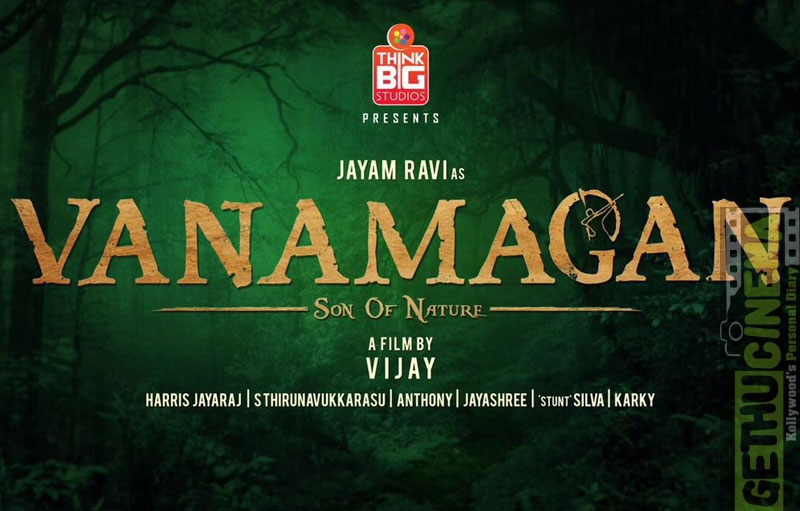 Jayam Ravi who is waiting for the release of his next movie Bogan with Arvind Swamy and Hansika has his cards full of movies. He is doing a space movie with director Shakti Soundar Rajan of Miruthan fame which claims to be the first Indian Space film.

He also signed a movie with director A L Vijay which kickstarted recently with a formal pooja. The movie is being produced by the director’s own house production Think Big Studios. The makers of the movie have announced the title for the project now with a poster. The movie is titled as VANAMAGAN with the tagline Son of Nature. The poster had a forest background and revealed nothing else apart from few technicians finalized for the movie.

Harris Jayaraj has been finalized as the music director for the film while Madhan Karky is taking care of the lyrics. Antony handles the editing department.

It is to be noted that Jayam Ravi has already donned the role of a Forest Ranger in the movie Peranmai, for which he received great critical acclaim which also dealt with taking care of nature.