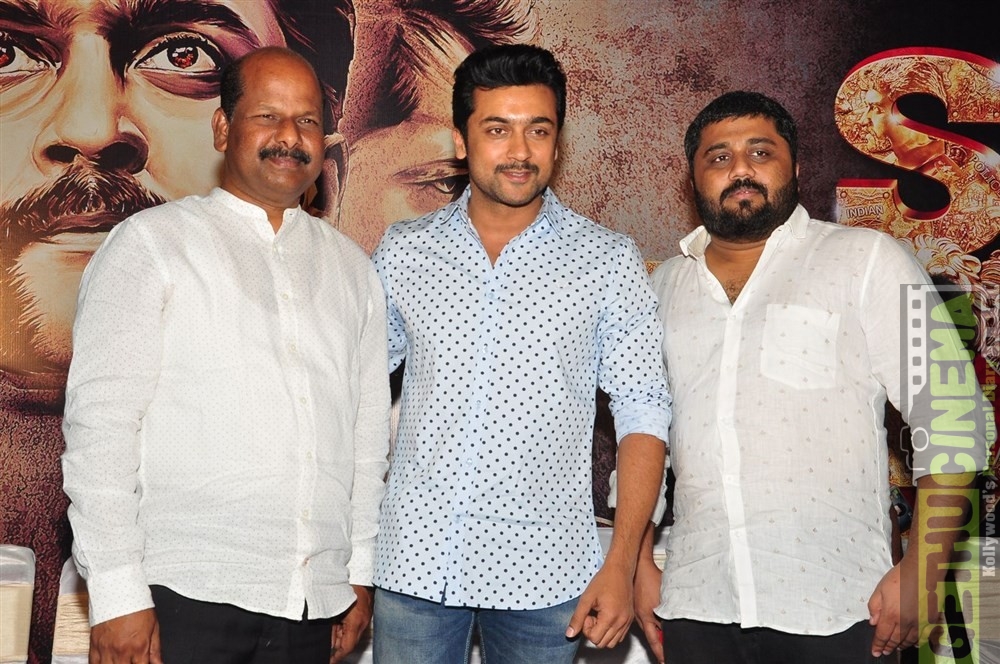 S3 the third installment in Singam franchise has shifted its release date to December 23. The movie which is being released in both Tamil and Telugu is gearing up with its prerelease promotions and press meets. The actor who has major fan following in both Tamil and Telugu speaking states attended the press meet at Hyderabad for promoting the Telugu version Yamudu 3.

The actor was spotted in a full sleeve white shirt with black polka dots, the same shirt worn by Ilayathalapathy Vijay in the teaser of his upcoming Bairavaa film. The shirt had created waves among Vijay fans just after the teaser got released. The shirt has become popular in a very short time and was out of stock in most of the online stores within hours after it was made available.

Minutes after Suriya’s photo sporting the Bairavaa shirt was released, the social media was abuzz with praises for the actor. Thalapathy fans starting sharing the photos of Suriya at the press meet and Vijay in his teaser. 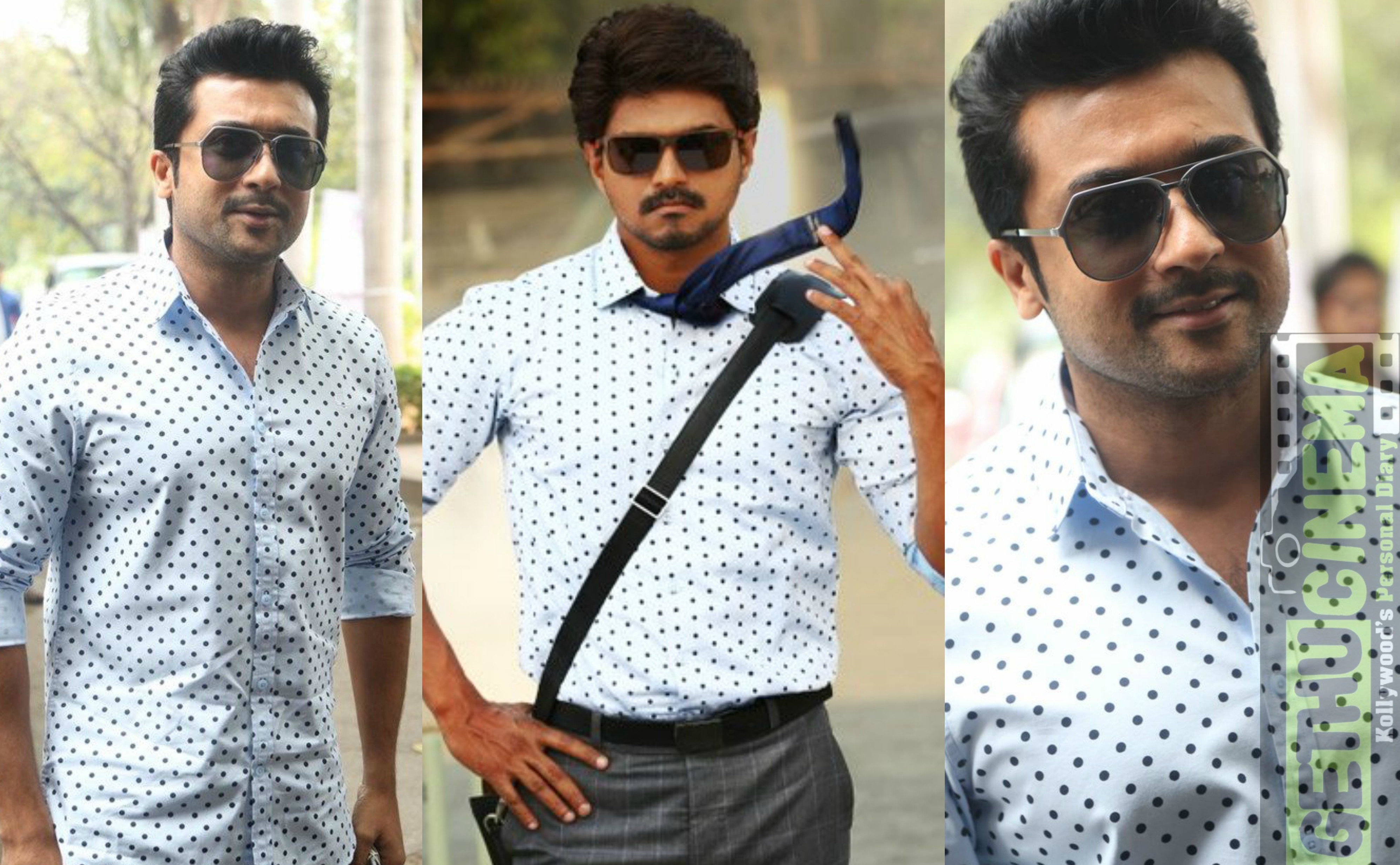