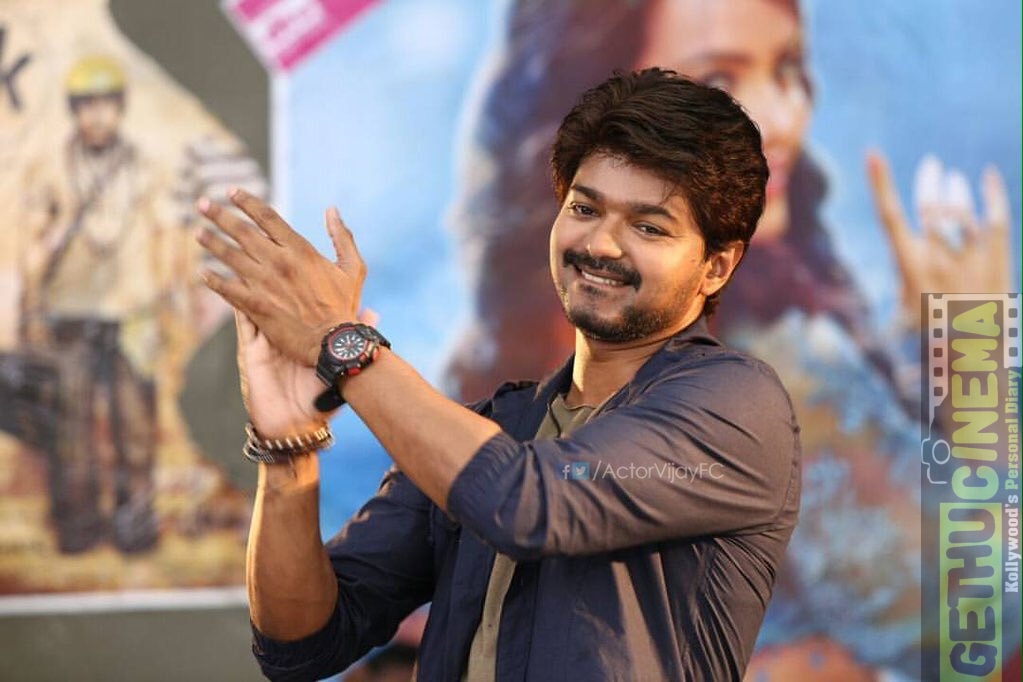 Bairavaa’s album under Santhosh Narayanan’s music has been received hands down by the fans and audience. With the release of the trailer and album the expectation of the movie has rose multifold for the movie. The album had 5 songs, one of which was sung by Ilayathalapathy Vijay himself.

Now the makers of the movie have decided to release one another single song which was not in the album. Lyricist Vivek who is penning lyrics for this melody number has shared the same on twitter. This has raised quite some expectations among fans again.

The bonus song is titled Kaadhal Kudil and is said to be about family and precious dreams, said Vivek in his twitter account. He also said that this was his 25th song as a lyricist with music composer Santhosh Narayanan.