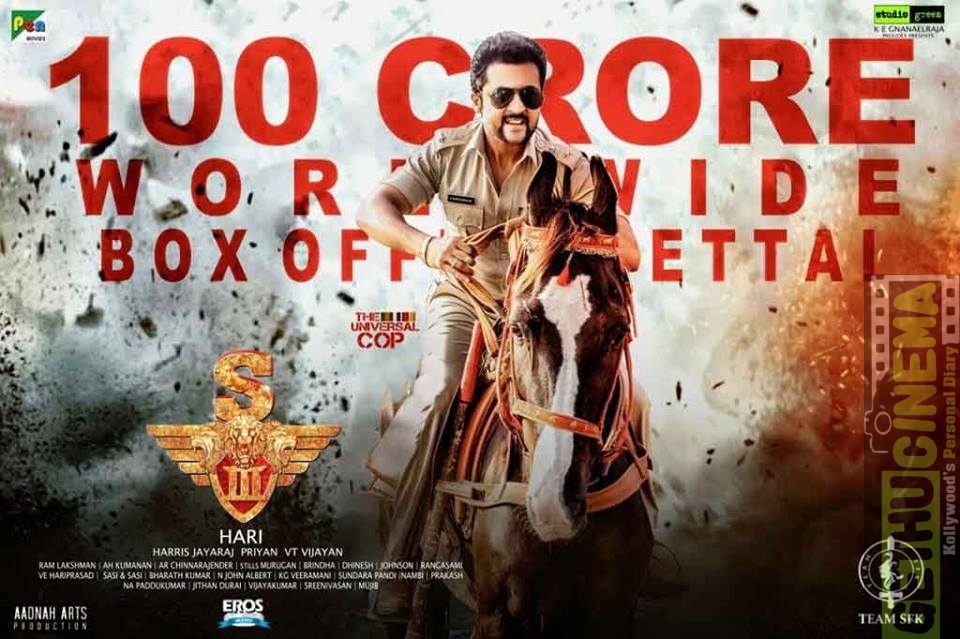 6 days after the release of Si 3, the makers of teh movie have declared in their official twitter handles that the movie has joined the 100 crore club. The third movie of the successful Singam Franchise was received well by both the audience and the critics.

Suriya and Anushka reprised their lead roles from the franchise while Thakur Anoop Singh played the baddie in the movie. The movie which released in a normal Thursday received good word of mouth and ran to full houses for the entire weekend.

The team of Suriya’s next Thaana Serndha Kootam celebrated the movie’s success in their sets.

Happy with the movie’s success Suriya gifted a Toyota Fortuner car as a gift to director Hari. Excited Suriya also announced that Singam 4 might happen after 5 years of time.