STR’s much awaited film Anbanavan Asaradhavan Adhangathavan which has got STR playing three roles in the movie had released its teaser yesterday to introduce STR as Ashwin Thatha, one of the characters played by STR. The teaser had had a great reception since its release, what’s more surprising is that the teaser has impressed Superstar too.

Superstar Rajinikanth after being impressed with the Ashwin Thatha teaser, called the VTV actor immediately to appreciate the actor for the role and for the teaser. The teaser had STR playing a 60 year old thaatha who fights, romances and delivers punchlines with ease. In this teaser STR is seen romancing Tamannah.

The actor had beefed up and strained a lot for this role. The movie which is directed by Aadhik Ravichander has music by Yuvan Shankar Raja. The director is known for his 2015 adult comedy film Trisha Illana Nayanthara with which he debuted.

According to the makers the final schedule of the movie is scheduled to start by 25th of March in Thailand. It is in this schedule STR will start his third role. The director has not revealed anything about this third role. 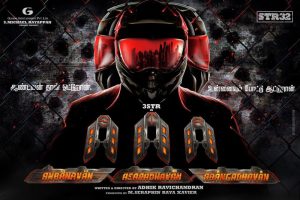