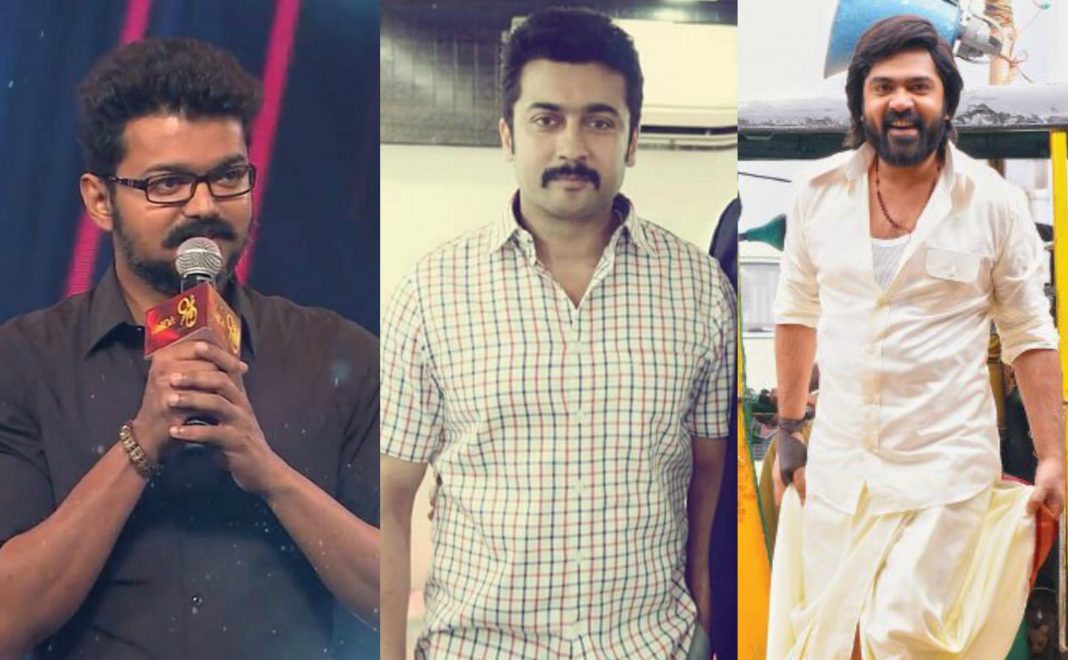 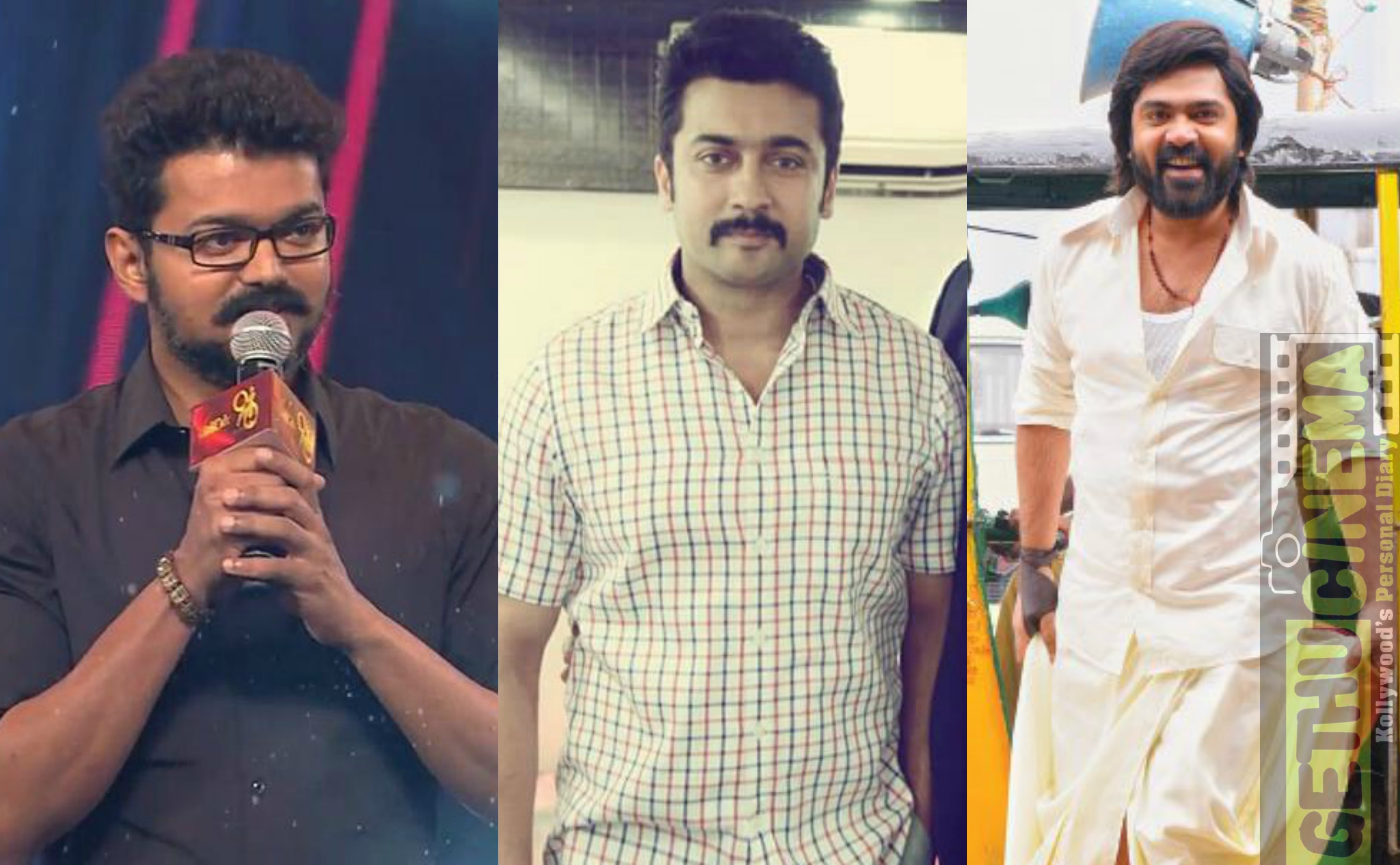 Suriya is completing his schedules for Thaana Serndha Kootam under Vignesh Shivan’s direction. Simbu is doing the same for Anbanavan Asaradhavan Adangathavan under Adhik Ravichander’s direction who is known for his debut film Trisha Illana Nayanthara. Vijay has recently completed his first schedule for his next with director Atlee which has got a working title of Vijay 61.

An interesting update has come from the sets of Vijay 61 and Suriya’s TSK. We recently reported that Vijay 61 had its first schedule in Chennai which had major sets that depicted a festive outlook set in 80’s. Sources close to the crew have revealed that the movie will have the leading actor Vijay in three avatars one of which will be 80’s look.

Another source close to the crew of Thaana Serndha Kootam have also revealed that the movie will have portions that dates back to 80’s.

Falling in line Simbu has already announced his 80’s retro look for the movie “AAA” through a teaser.

Simbu, Suriya and Vijay have got into the common phenomena of sporting the retro look and just like the fans we are quite thrilled too as to how the different looks are going to turn out for each of the actors who have got their own styles.