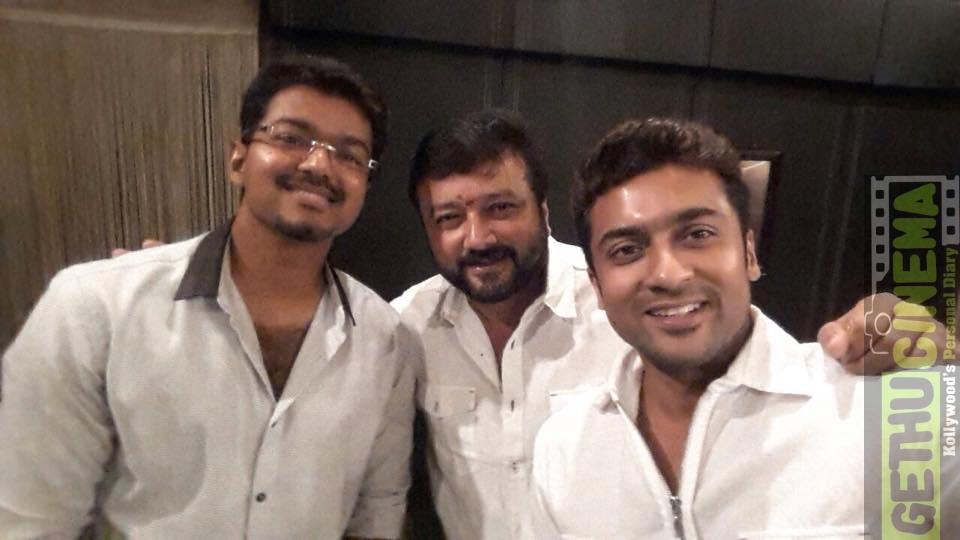 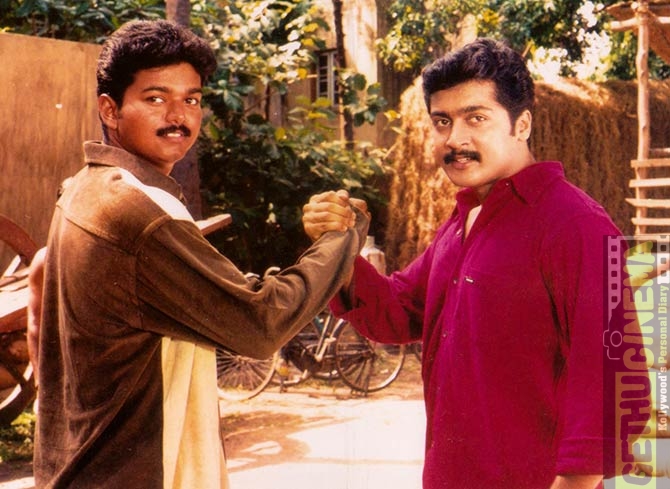 Well established actors of the industry are Suriya and Vijay. Apart from sharing screen space in two films (Nerukku Ner and Friends both of which are blockbusters ) the actors are known to share a good rapport with each other off screen as well. It is a known fact that both the actors will do anything for the fans.

In a recent promotional event for his movie Si 3 Suriya happened to meet one of vijay’s die-hard fan in Kerala. The fan asked a favour from the Singam actor. The favour was if the actor could give Vijay “the gift” that he had at the particular moment. Promising the fan to do as he wished. He sought the help of his friend and chief of 2D films to take care of delivering the gift to Vijay in person. Despite his tight schedule of his Atlee film, Ilayathalapathy received the gift and thanked the actor Suriya for his kind gesture. 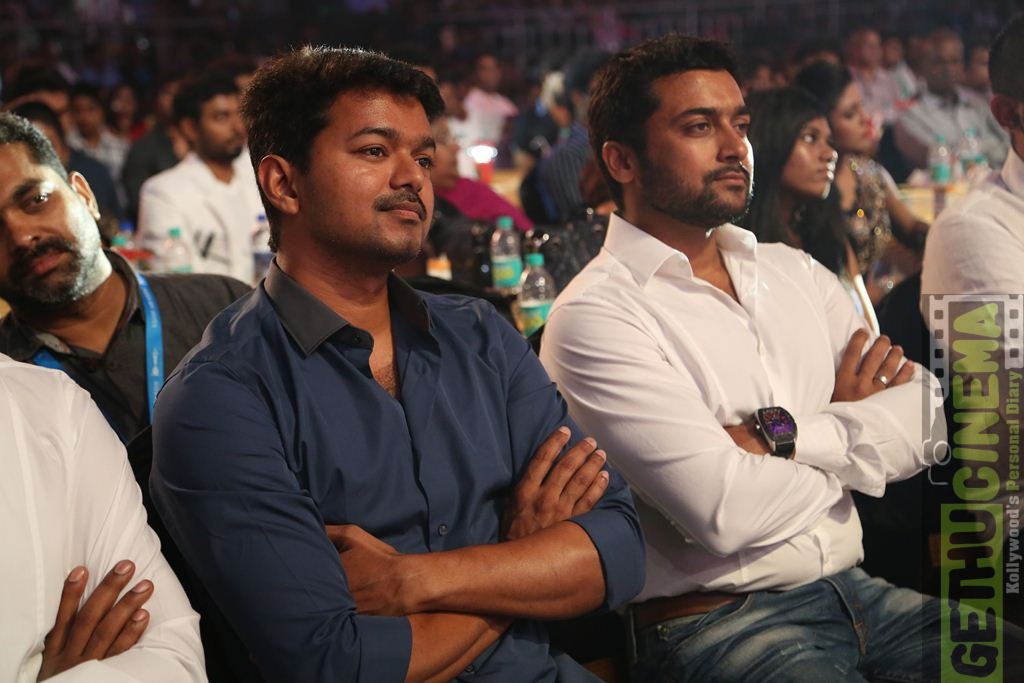 Vijay is currently in his second schedule for the Atlee directed film in which he plays three roles. One such role is expected to be set in 1980’s which will have Vijay in an altogether different look. Vijayendra Prasad who is the mastermind behind the magnanimous Baahubali and other hit films in Telugu and Hindi had scripted the story for Atlee.

Suriya is currently summing up his final schedule of Thaana Serndha Kootam opposite Keerthy Suresh under Vignesh Shivan’s directorial. The music for the flick is supposedly being handled by Anirudh. The movie is expected to be a dark comedy falling in lines with the director’s previous hit Naanum Rowdy Thaan. Ramya Krishnan and Senthil are also expected to play important roles in the movie.