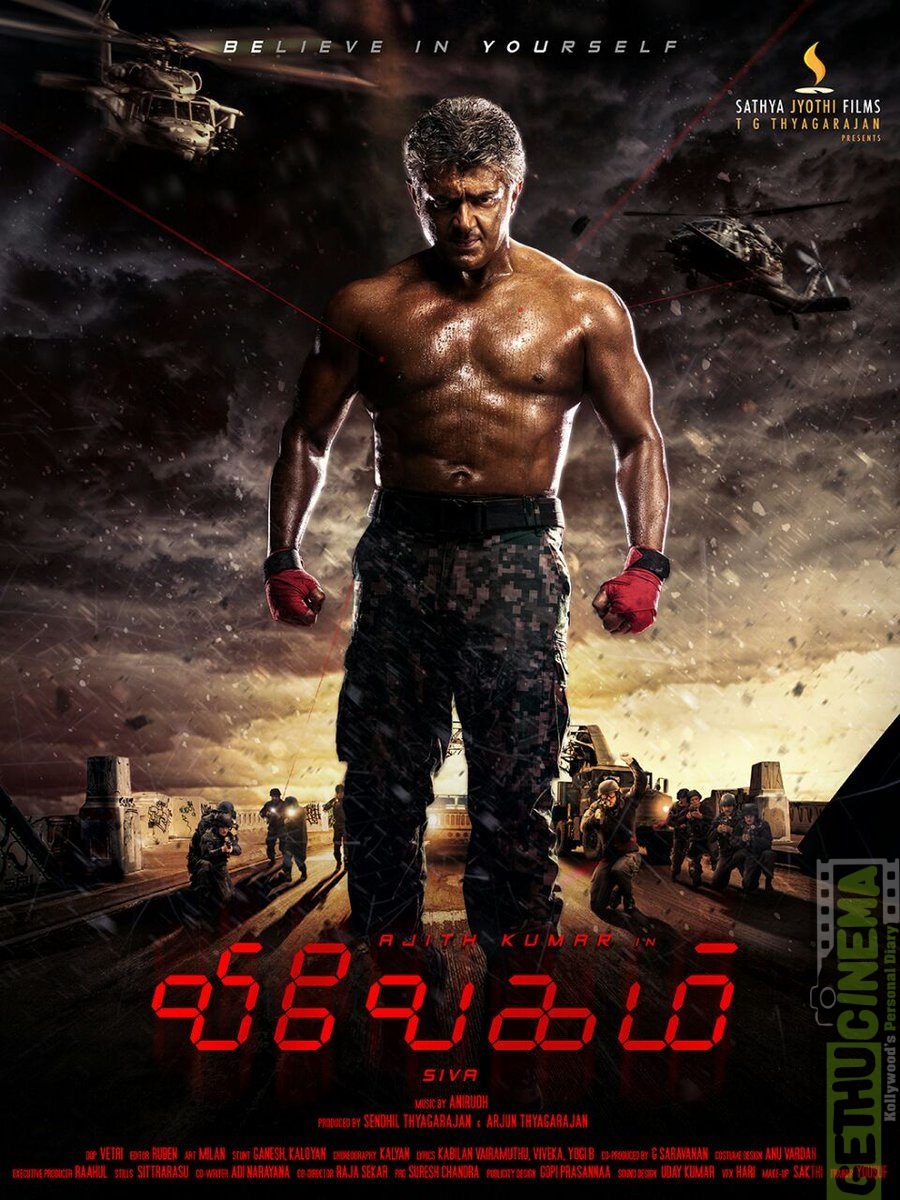 Vivegam which is being produced in a grand scale under the direction of Siruthai Siva has set its release date. The movie makers are awaiting the completion of the final schedule which again is set in Bulgaria. The movie has got a stellar cast with Ajith kumar playing the male lead while Kajal plays the female lead. Akshara Haasan is also said to play an important role in the movie.

The makers have decided to release the teaser of the movie either by April 14 or May 1. May 1 marks the birthday of the actor Ajithkumar while April 14 marks the Tamil New Year.

Also it was earlier reported that the movie will be released in the month of June. However owing to the extensive post production works the makers have decided to release the movie by the month of August. We can expect the release date of the movie to fall either on 10th or on 24th.

We are expecting that an official confirmation regarding the release date will be made by the makers soon .