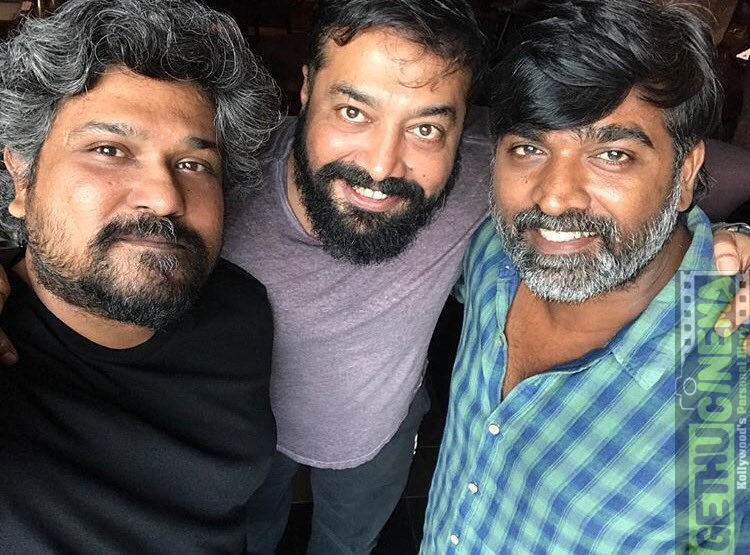 Vijay Sethupathi is on his way to make a stunning debut in Bollywood. It is said that he was approached by director Anurag Kashyap and director Vasan Bala for an important role in their upcoming project. Vijay Sethupathi might have been mightily impressed with the character that he readily okayed the script.

Vijay Sethupathi is currently shooting for Karuppan. He has also got 96 with Trisha and Aneedhi Kadhaigal with acclaimed director Thiagaraajan Kumararaja.

Director Anurag Kashyap is all set to produce the movie directed by Vasan Bala. Vasan Bala has worked with Anurag for a long time and has also directed the critically acclaimed Peddlers in 2009. Vasan Bala had co-written the scripts of Bombay Velvet, Dev D and Raman Raghav2.0. He was also a dialogue consultant for Lunch Box.

Anurag is mightily impressed with the action comedy script that Vasan Bala had and he said that he feels happy to produce it. Anurag also added that the movie has got crazy characters and he hopes that the movie becomes a never seen before kind of franchise.

Titled as Mard Ko Dard Nahin Hota, the movie will have Abhimanyu Dasan and Radhika Madan as the lead actors. Vijay Sethupathi gets to play an important role in the movie.

Radhika Madan is a famous television actress who has portrayed an important role in Meri Aashiqui Tum Se Hi. Abimanyu Dasan is the son of the famous actress BaghyaShree. Abhimanyu is debuting with this venture. Baghyashree is known for her film Maine Pyar Kiya with Salman Khan.