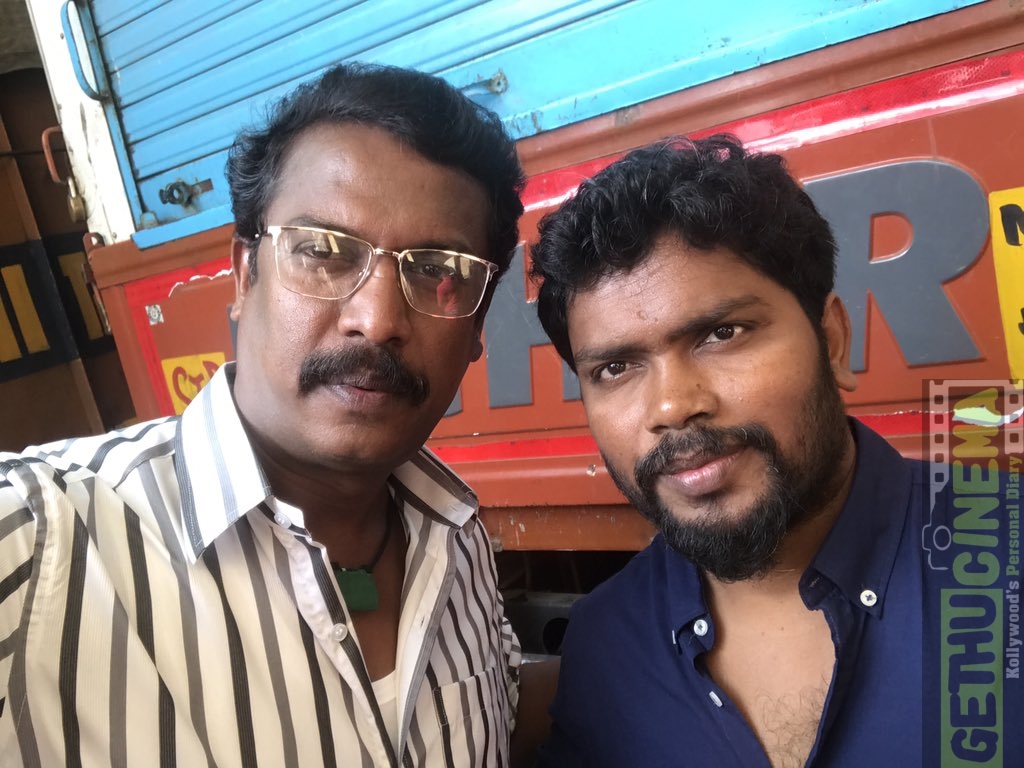 Superstar’s upcoming film Kaala has gone on floors from today. Directed by Pa.Ranjith of Madras and Kabali fame, the movie will be produced by Rajinikanth’s son in law and actor turned producer Dhanush under his Wunderbar Studios Limited. The director has tried to retain the entire technical crew from Kabali except the editor. National award winning editor Sreekar Prasad has agreed to take care of the cuts.

Superstar’s 164th movie has been abuzz with all the hype that it deserves thanks to the powerful title and intriguing first look that teased the fans to a great extent. While the 66 year old actor has also been caught in a whirlwind of news for the past two weeks, thanks to the comment he made about himself entering politics, the fans are all so excited to see if there would be any political references that he might make in the movie.

The movie that is rumoured to be a story of a gangster set against the backdrop of Mumbai, has already got a giant set erected in Mumbai that resembles the slums of Dharavi. Even the first look of the movie had a fish eye’s panoramic view of Dharavi slums in the background.

The makers have said to have roped in Bollywood actress Huma Qureshi to play the lead female role in the movie. National award winning actors Samuthirakani and Anjali Patil are said to play key roles in the movie. Dhilip Subbarayan is handling the stunt choreography while Anu Vardhan is taking care of the costumes for the movie.