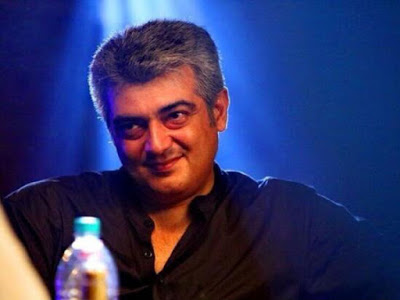 57 Second teaser of Ajith Kumar’s upcoming movie Vivegam took the internet by storm after its release. The crew of the Vivegam who have been shooting extensively in exotic locales of Bulgaria and Siberia have concluded production recently. The makers decided to release the teaser and announced that it would be updated by 12:01 AM on Thursday morning.

The much anticipated teaser stirred the expectations of the fans ever since its announcement. Its been sometime since the fans of the actor Ajith Kumar saw the actor on big screen. His last outing was Vedhalam with director Siva. Vivegam is the third movie for actor Ajith kumar under Siva’s direction. Veeram was the first movie which came out of their collaboration.

The first look of the movie Vedhalam took everyone by surprise since it had the actor flaunting his chiseled up six pack abs. After that the director took it to twitter to release a series of stills from the movie all of which had the actor Ajith Kumar in a completely different avatar.

The handsome and chiseled up look of the actor hyped up the expectations for the movie among the fans. However the teaser got leaked unfortunately hours before the scheduled release of the teaser. But that did not stop the teaser from breaking the records that has been set so far previously.

Ajith fans who have been waiting to welcome their star were not disappointed since the teaser had high octane action scenes and also shown the actor in a never before seen avatar. Celebrities and fans have all been praise for the video and took it to the internet to celebrate the teaser.

The movie has Kajal Agarwal and Akshara Haasan playing lead role while Vivek Oberoi is playing the antagonist in the movie.