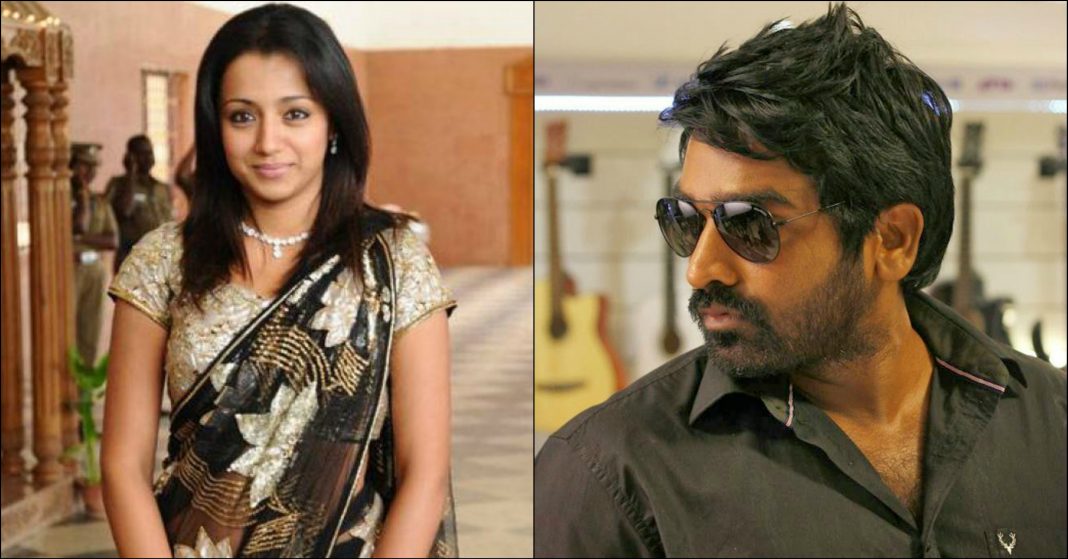 Vijay Sethupathi and Trisha agreed to work together for a movie titled 96 that was reportedly narrated by Prem Kumar. The movie that was on its pre production stage so far had finalized 12th of June as the date to go on floors. 96 is the debut directorial for Prem Kumar who had earlier worked as a Cinematographer for some movies. He debuted as a Camera man with Naduvula Konjam Pakkatha Kanom which had Vijay Sethupathi in the lead.

Govind Menon, a famous violinist and music director from Malayalam will be composing music for this film that is being funded by Madras Enterprises. Govind Menon is also one of the founders of the Malayalam musical band, Thaikkudam Bridge. Govind had already composed music for several Malayalam films and had signed to compose tunes for two upcoming Tamil movies too.

N.Shanmuga Sundaram will be handling the camera for the flick while the edit for the movie will be handled by R.Govindaraj. Uma Devi of Kabali fame and Karthik Nethra have been signed to pen lyrics for the movie.

Vijay Sethupathi who is said to play a Travel photographer in this movie will be travelling extensively for the shoot said the sources close to the crew. Trisha’s role in this flick too will be a performance oriented one said the director. The team was on a hunt for younger artists who could play younger versions of Vijay Sethupathi and Trisha. The title 96 indicates the 96 batch of school or college to whom the lead actors can relate to, said the sources.