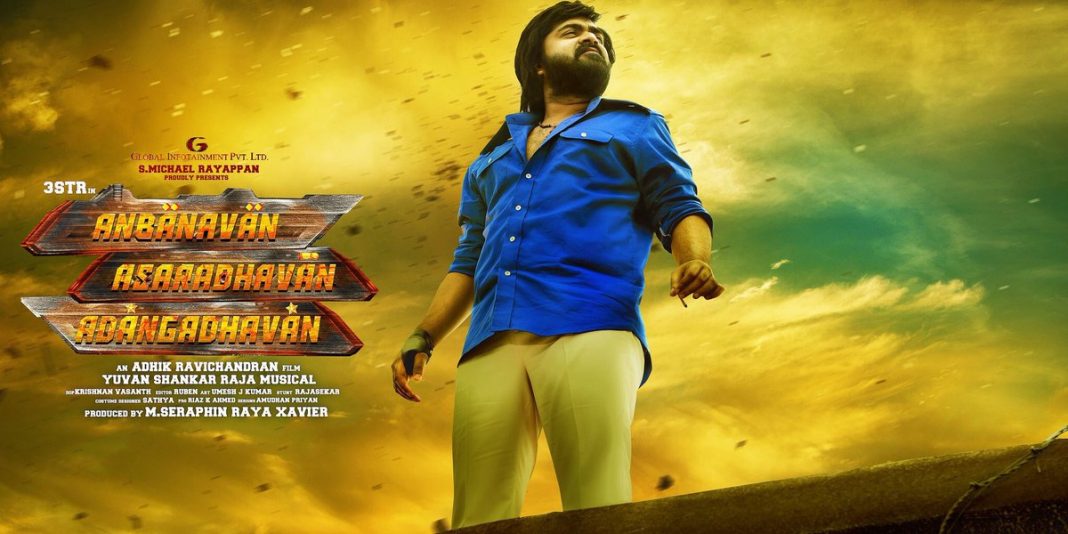 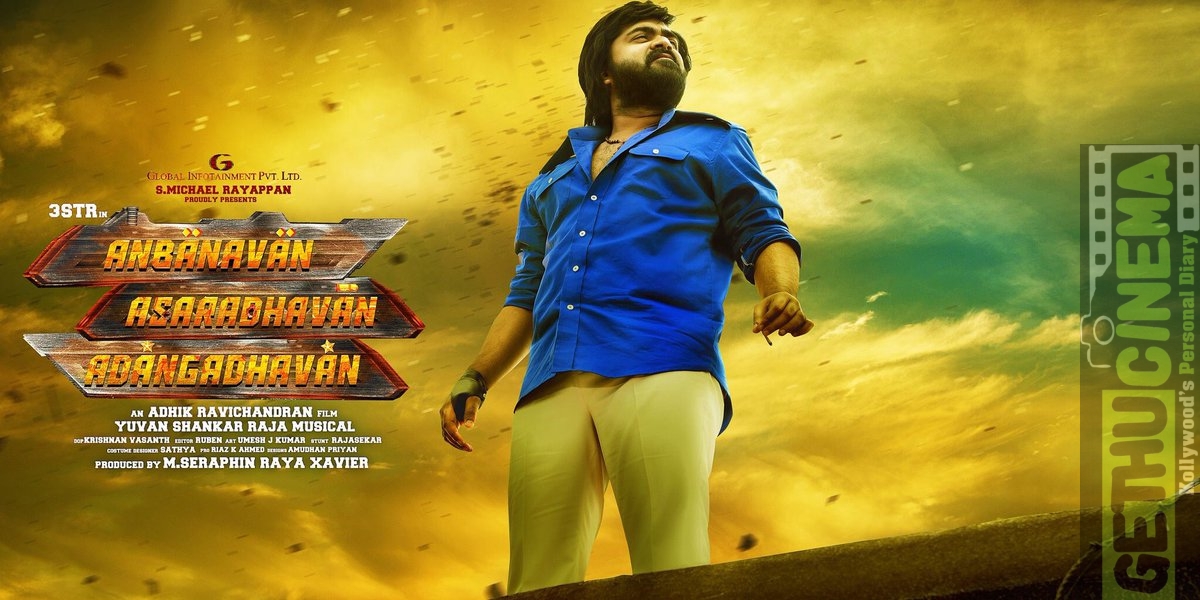 Makers of STR’s upcoming movie AAA are on cloud nine thanks to the pre release business of the movie which is turning out to be quite commendable. Produced by Michael Rayappan, the distribution rights for the STR starrer has been sold throughout the state. Given a promising team the movie has been the topic of discussion for quite some time thanks to the interesting updates that the makers are releasing now and then.

Aadhik Ravichandran who rose to fame with the adult comedy movie “Trisha Illana Nayanthara” is directing the venture. STR is donning two contrasting looks for two different characters in the movie. One of the character is Madurai Michael where he dons 80’s retro look and in the other role he is playing a octogenarian named Ashwin Thaatha.

Yuvan Shankar Raja has been signed to compose tunes for the movie. Several teasers introducing the characters and a song from the movie were released already. The response that the movie was getting in the social media platforms were incredible which also paved way for the hype of the movie.

The movie that was initially planned to release in a single part is now releasing in two parts owing to the length of the movie. It was declared earlier that STR will be playing three roles in the movie but after the decision to release in two parts, the makers are planning to start the production of the third role after the release of the first part.

For the first time in his career, National award winning lyricist Vairamuthu has penned lyrics for the intro song of STR. STR also announced that the makers will be releasing a single sung by Ilaiyaraja, on the occasion of Ilaiyaraja’s birthday on 2nd of June. The song sung by Ilaiyaraja is titled spiritual gaana.