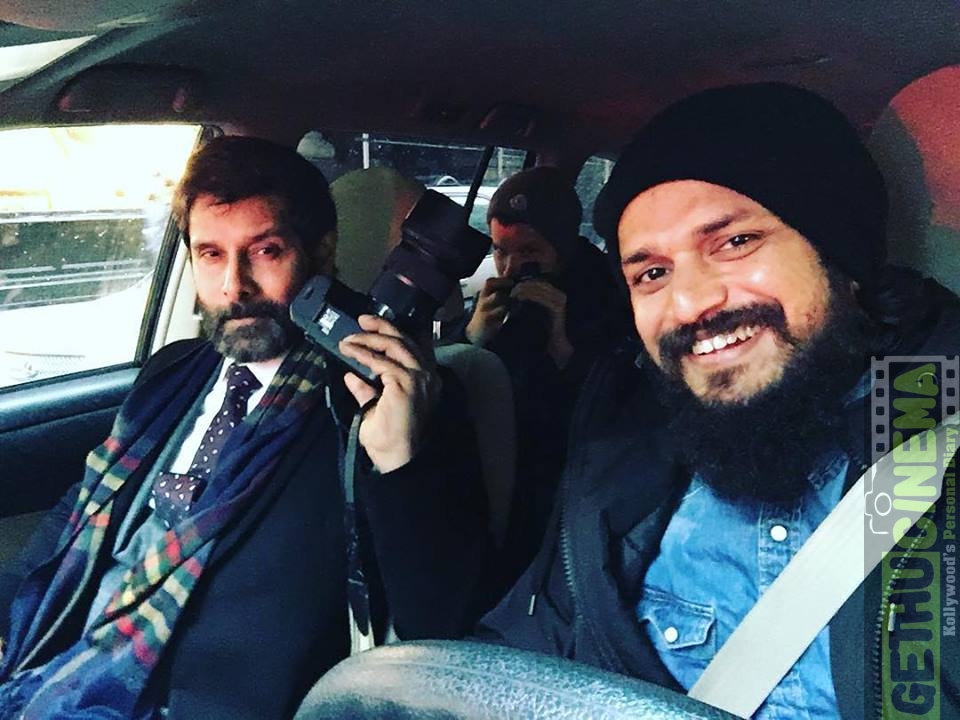 Gautam Vasudev’s most promising movie with Vikram is shaping up in Slovenia. The crew that includes Ritu Varma, Aishwarya Rajesh and Vikram have flown to the country to finish up the schedules. The team that was so kicked up after their New York Schedule were releasing a series of photos of the actor Vikram in the city that eventually built up the hype around the movie. The team even released a teaser that won the hearts of fans hands down with the magic of Gautham and Vikram.

Although it is learnt that the shooting is taking place at a brisk pace there has been a lot of changes in the technical crew right from the start. Gautham’s favourite cinematographer Jomon T John who shot the teaser had to leave the crew owing to his other commitments. It is now learnt that Manoj paramahamsa of VTV fame is taking care of cinematography for the movie.

Ace actresses Radhika and Simran Sarathkumar are said to be a part of the project. If the sources close to the crew are to be believed then they both hold a pivotal role in the movie and they have flown to Slovenia to join the crew for the shoot. With the promising cast and crew, the fans are awaiting the trailer of the movie which is said to be more promising.

Hariis Jayaraj is taking care of the music for the movie.  Dhruva Natchathiram was earlier planned with Suriya as the lead, but the actor later walked out of the project stating that the movie is much ahead of its time.