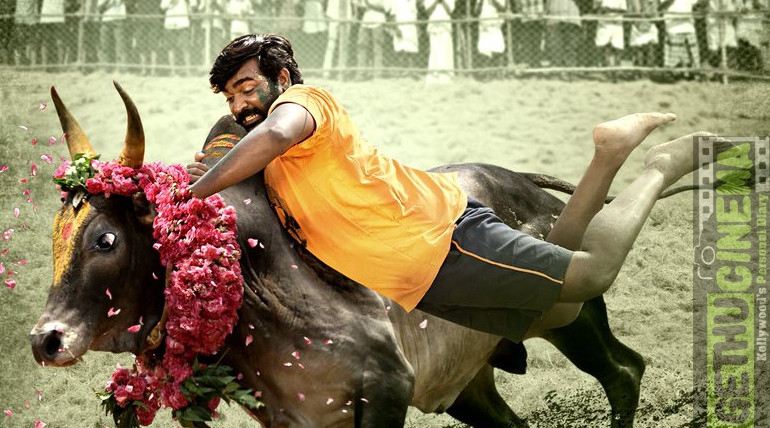 Upset with the happenings over the political situation in Tamil Nadu, Vijay Sethupathi has voiced out that he will not accept any National Award by central government if he is awarded with one. Vijay Sethupathi is the most versatile and happening actor in Tamil Film Industry, his filmography stands testimony to that.

The actor who rose to fame with his Pizza and Naduvula Konja Pakkatha Kanom where he played the lead role started his career as a junior artist. The success rate of the actor’s films is better than any other upcoming actor in the recent times. Also, Vijay Sethupathi has been called the director’s actor for his acting skills and there is not a critic in the industry who has spoken anything negative about his acting.

Vijay Sethupathi who loves experimenting with characters is awaiting the release of his movie ‘Karuppan’ where he plays a villager playing the sports Jallikattu. Thanya of Brindavanam and Balle Vellaiyatheva fame is playing a lead female character in the movie. It is during the press meet of this movie, the actor declared how he was upset over the political situation in the country. Directed by R Panneerselvam of Renigunta fame, the movie is being produced by A M Ratnam. The music is being taken care by D.Imman.

We (people of Tamil Nadu) are being crushed under the dominance of Central Government said the actor while speaking in the function. He also mentioned that Regional languages are being removed even from train tickets. We must act rather being upset over the proceedings is what the actor told.

Speaking further at the function, he said how he feels blessed to be a part of Thiagaraajan Kumararaaja’s upcoming movie. His movie will help me grow as an actor said Vijay Sethupathi.