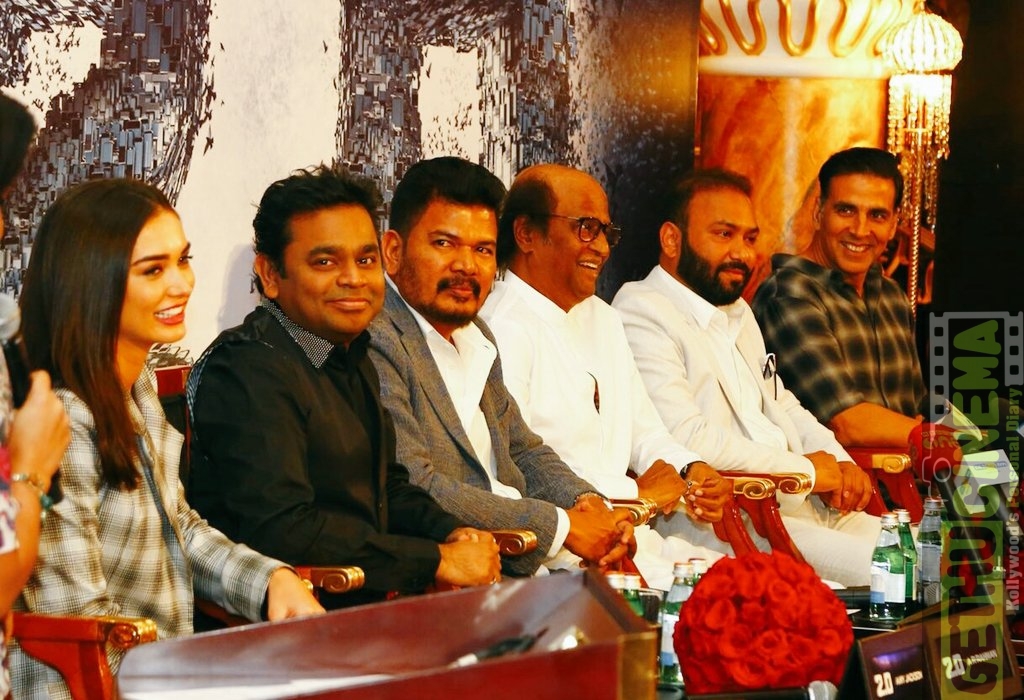 Superstar Rajinikanth’s most ambitious project 2.0 is all set to have its audio launch tomorrow in the grandest manner possible. The team have now stationed at Dubai for the grand audio launch tomorrow that is taking place at the grounds of Burj Al Arab. As a part of the promotional event the team has conducted a press meet today at one of the auditoriums in Burj Khalifa.

Speaking at the event Superstar Rajinikanth said that the movie will not only appeal to Indian audience but will also be celebrated globally. The actor was in much praise for the film maker Shankar whose vision for the movie was grand in every possible manner. Answering the question about his simplicity in real life he said, ‘Nobody pays me to act in real life and hence the simplicity.’

Talking about the uniqueness the movie holds Akshay Kumar who plays the assured the fans that the movie will be one of its kind and will hold elements that many wouldn’t have seen before. He was also in praise for the director stating that Shankar was more of a scientist working out the technical details rather than a director directing the 3D movie.

A.R.Rahman revealed that the movie will have 3 songs in total, two of which will be released tomorrow while the third one will be released later. He also mentioned that the Background Score and Cut songs will make up to more number of songs for the album. 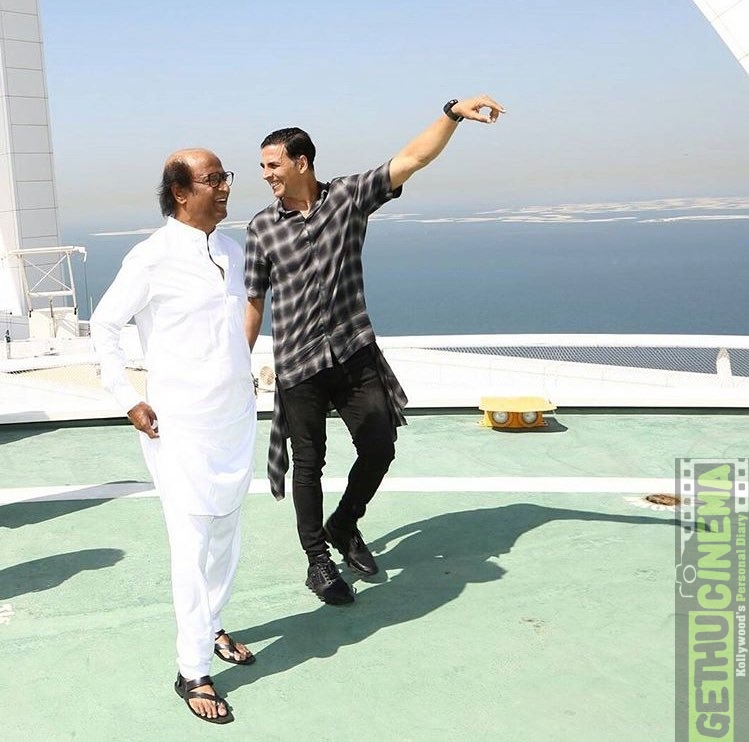 The team after completing its production is now taking care of the promotional works and the post production works simultaneously. The audio launch that is scheduled for tomorrow will have live performance by Academy Award winner A.R.Rahman who is also the music director of the movie. Actor Rana Daggubati who rose to fame playing the antagonist in the magnanimous Baahubali will be hosting the function. Adding yet another feather to the crown, the king of Dubai is expected to grace the function tomorrow.