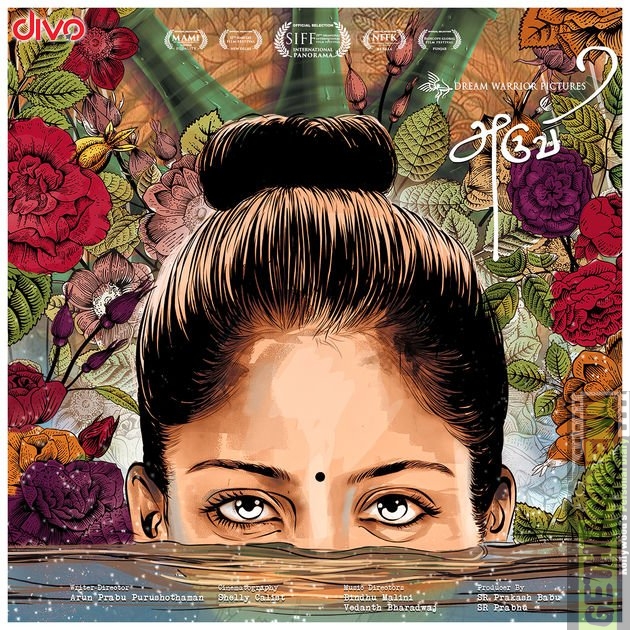 Songs from the upcoming Tamil movie ‘Aruvi’ has been creating quite a buzz among the music lovers in Social Media, thanks to the incredible music that the makers have managed to release as an album. Directed by debutant Arun Prabhu, Aruvi’s cast comprises of debutants with the only exception being ‘Lakshmi Gopalaswami’ who has acting experience in South Indian movies.

The music of the movie is handled by the duo, Vedanth Baradwaj and Bindhu Malini. The album features six tracks, three of which were released as singles. Catch the entire album here. Famous Tamil poet and novelist Kutty Revathi has penned the lyrics for the movie. 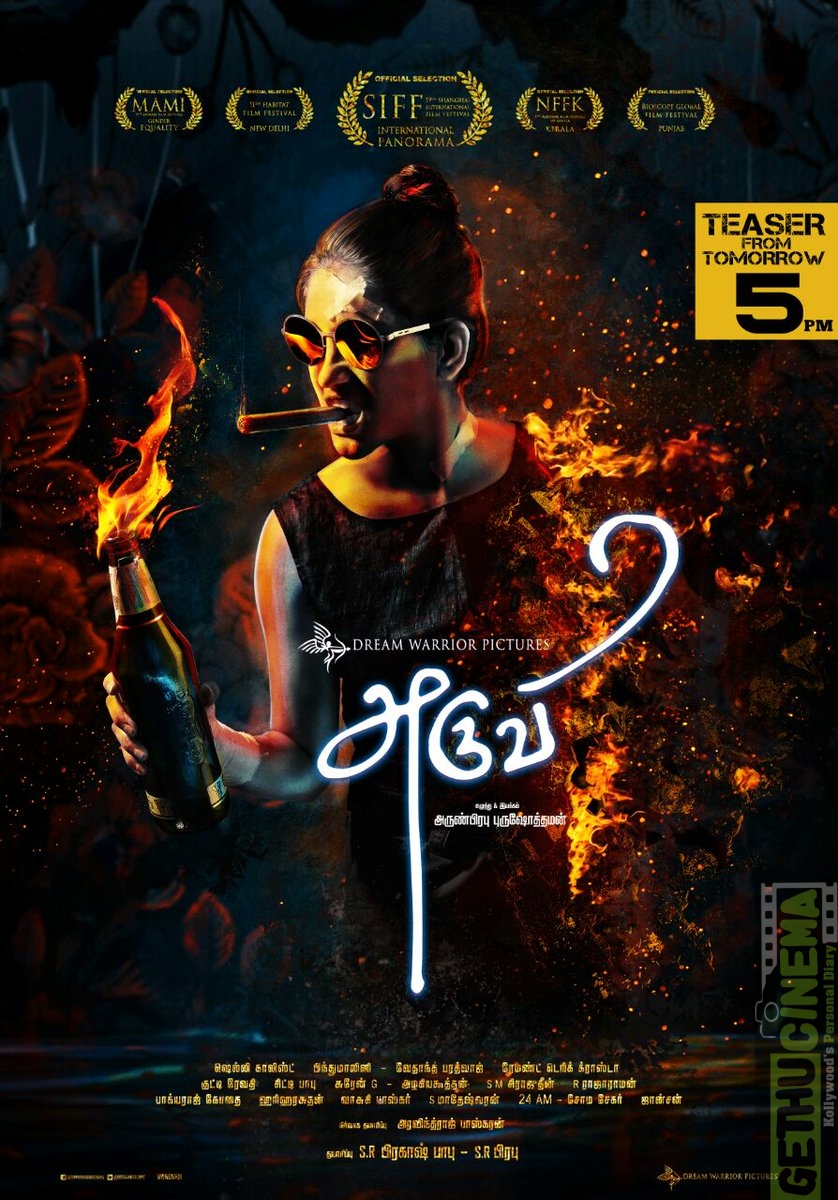 Producer S R Prabhu of Dream Warrior Pictures is feeling very proud of making Aruvi. He says that he actually got the script in 2015 and the crew spent almost 6 – 8 months for casting alone. The makers called on for audition and they had successfully shortlisted ‘Aditi Balan’ to play the role of Aruvi from about 600 participants who attended the audition. Aditi Balan is said to be a Lawyer by profession.

The director said that the movie will be about a girl named Aruvi who loves everyone and doesn’t discriminate anyone as good or bad. The adventures and misadventures of the Aruvi forms the crux of the movie ‘Aruvi’. With the mix of genres the movie is made keeping in mind the mainstream audience, says the director.

Prabhu said that he was actually not very sure of funding the film since the market for a raw movie such as Aruvi was questionable. “It was after the confidence that I gained from the movies such as Joker and Maaya that we decided to go ahead with the script.”

What could Aruvi possibly be about ?

Learnings from Teaser, Posters and Album.

The posters of the movie had the lead actress don a Goddess or Bharatha Matha kind of getup while holding a machine gun in her hands, like a veena. We could also see a butterfly perching right on the gun. Other poster had the actress in a modern attire and lighting up a cigar with what looks like an ignited beer bottle.

The teaser of the movie Aruvi soon was in the trending list of Indian You Tube for many hours after its release. Going by the teaser a girl named Aruvi is being investigated by an abusive police officer. She is being questioned if she has any links to international terrorist organizations. When the officer threatens her about hitting her the girl smirks. By the end of the teaser we see the girl smiling and she says slowly ‘Dare, Touch Me’(Kai Vai Paapom).

The shots shown in the teaser also explain the history of ‘Aruvi’. Shots of an infant (probably Aruvi) growing up in a lush green habitat with her parents, shots of adolescent cycling to school with her friends, and a twenty something girl in a pub being approached by a guy are also being shown. These shots are alternated with shots that carry neon signs that reads‘The Rebel’, ‘The Nayaki’, and ‘The Terrorist’. Going by the name of the songs in the album it looks like Aruvi will showcase the life story of Aruvi from her toddler age to 24. When she gets caught by the police as shown in the teaser.  The names of the songs from the movie goes like, “Baby Track (Kukkotti Kunaatti), Teen Track (Asaindhadum Mayil), Liberty song (Cement Kaadu), Party song (Uchcham thodum Anbin Kodi)”.

With the promise of a complete, Aruvi teaser ends with us wanting for more. With the trailer of the movie still in cards, the makers have promised 1st of December as the release date for the movie. 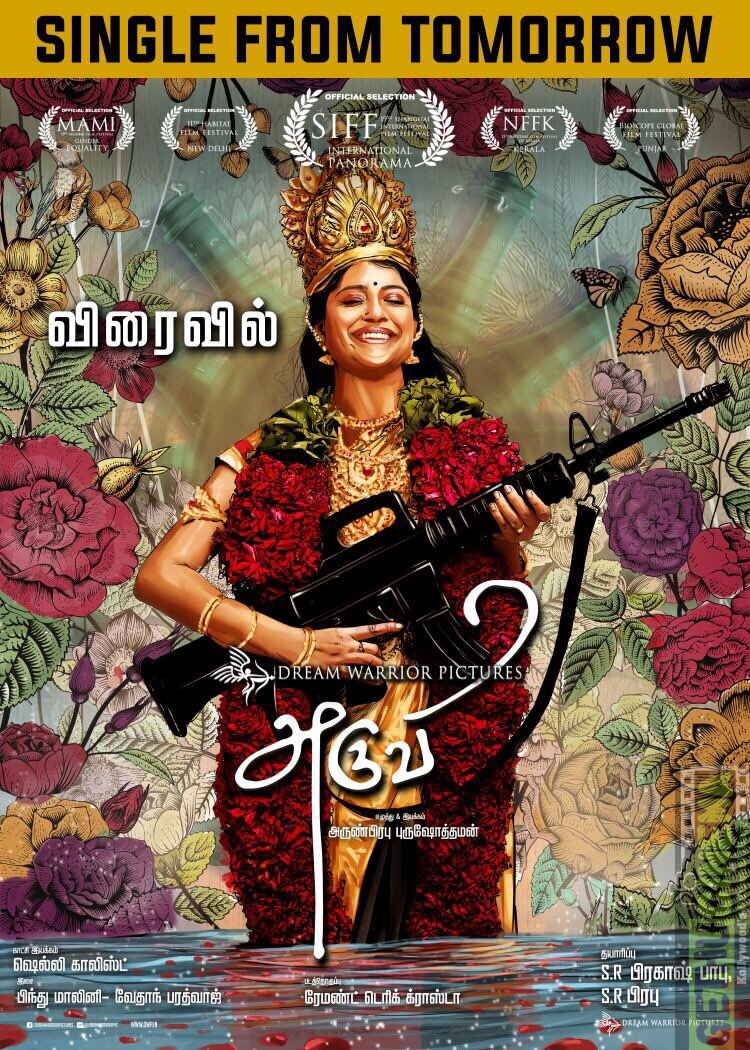