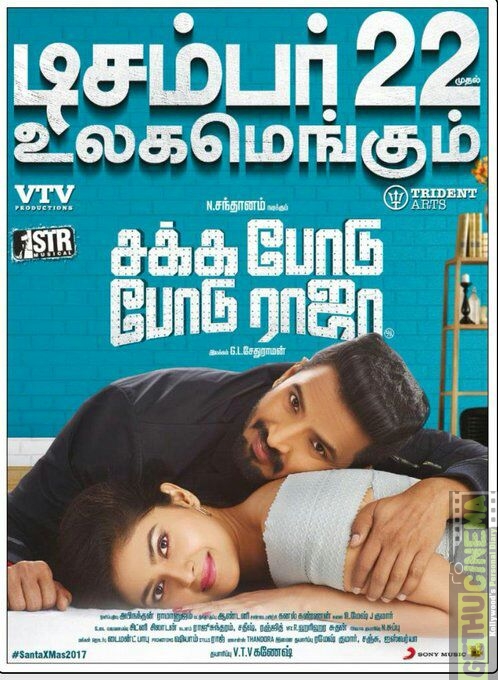 Santhanam’s “Sakka Podu Podu Raja” is the latest film to join the list of films that target Christmas holidays. The makers have officially announced that the movie will hit the screens on 22nd of December. This comes as a surprise in the industry as the list of the movies that hit the screens for Christmas is getting longer.

Directed by ‘’ the movie is produced by VTV Ganesh under VTV productions. STR has composed music for the movie’s album. Couple of songs from the movie’s album and the trailer has already been well received by the fans. Sakka Podu Podu Raja also marks the debut of STR as a music director in the industry. The complete movie’s album is yet to be released by the makers.