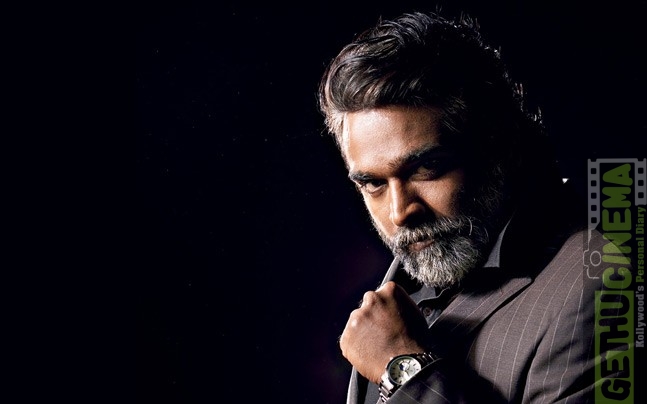 Vijay Sethupathi who has currently wrapped up his initial schedule for the movie Junga in Paris has now started to shoot for his cameo role in the movie ‘Imaikkaa Nodigal’. The makers had earlier announced that the actor will be playing a brief cameo, that of Nayanthara’s husband in the movie.

This would be the second time that Vijay Sethupathi is teaming up with Nayanthara, the first one being the 2015 hit movie ‘Naanum Rowdy Thaan’. Nayanthara played a hearing impaired character in the movie and her role was much praised upon release. After Imaikkaa Nodigal, the actor has ‘96’, ‘Oru Nalla Naal Paathu Solren’, ‘Super Deluxe’, ‘Seedhakkadhi’, ‘Junga’ and an untitled Mani Ratnam project up in his list under various stages of production.

Imaikkaa Nodigal will another movie which will have Nayanthara playing the lead role while Atharvaa and Raashi Khanna are roped in to play the supporting characters. Bollywood director Anurag Kashyap has been roped in to play the antagonist in the movie. Directed by Ajay Gnanamuthu of Demonte Colony fame, the movie is being produced by Cameo films India.

Hip Hop Tamizha has been roped into compose the tunes for the movie. Touted to be a thriller, the makers have already released a single song from the movie that has already become a viral hit. The movie had its teaser released sometime before which became a sensation too. The teaser showed Nayanthara in stylish cop avatar who was being targeted by a serial killer played by ‘Anurag Kashyap’.

Apart from ‘Imaikkaa Nodigal’ Nayanthara also has, ‘Kolaiyuthir Kaalam’ ‘Velaikkaaran’ and ‘Ner Vazhi’ up in her kitty.