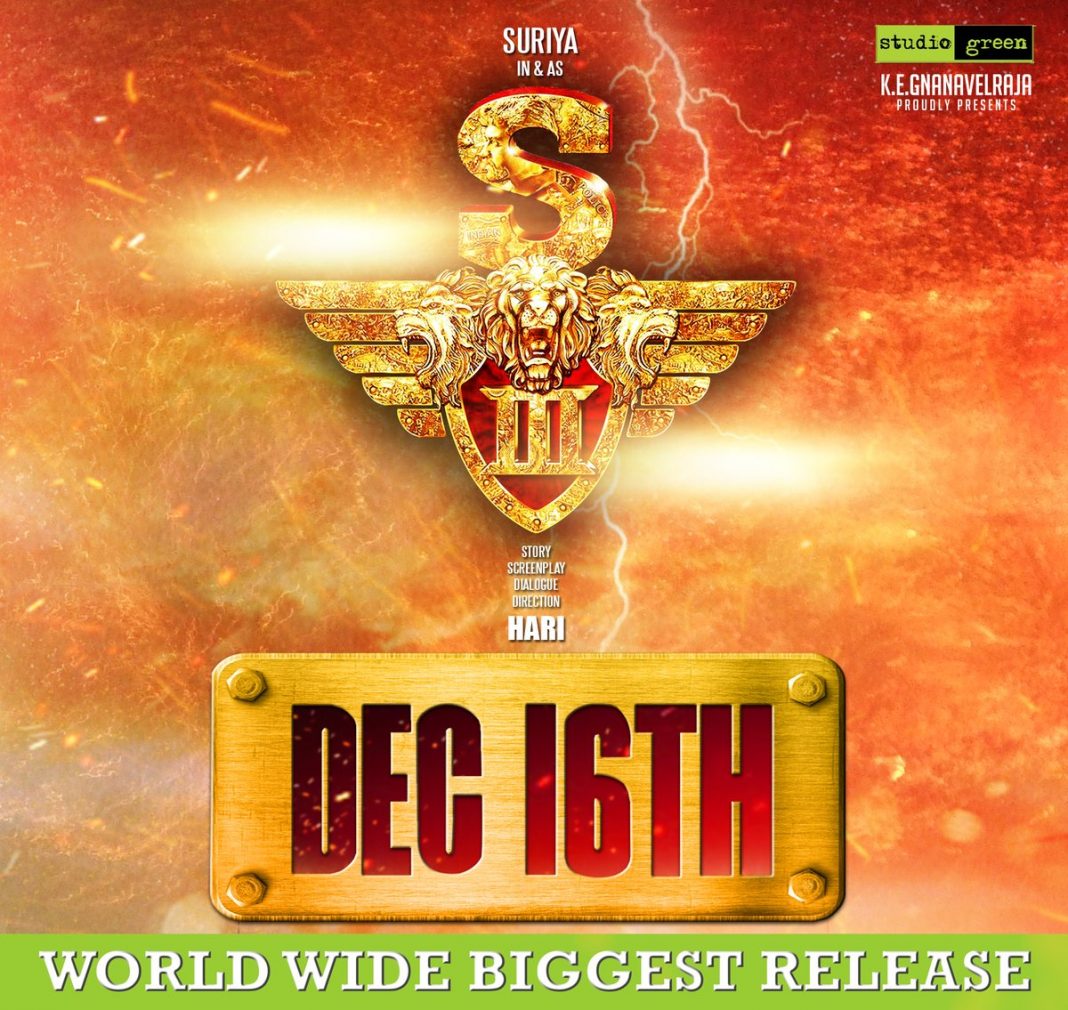 The makers of the movie S3 aka Singam3  have declared the release date for the movie. Singam 3 which is the third installment in the Singam franchise is all set to release by December 16th.

Slated to be a Christmas release, the distributing rights of the movie inside TamilNadu has been grabbed by Udhayam Entertainment

Studio Green Productions have announced that the release would be a word wide one.

Unlike the other two installments, the music for the Singam 3 would be handled by Harris Jeyaraj.