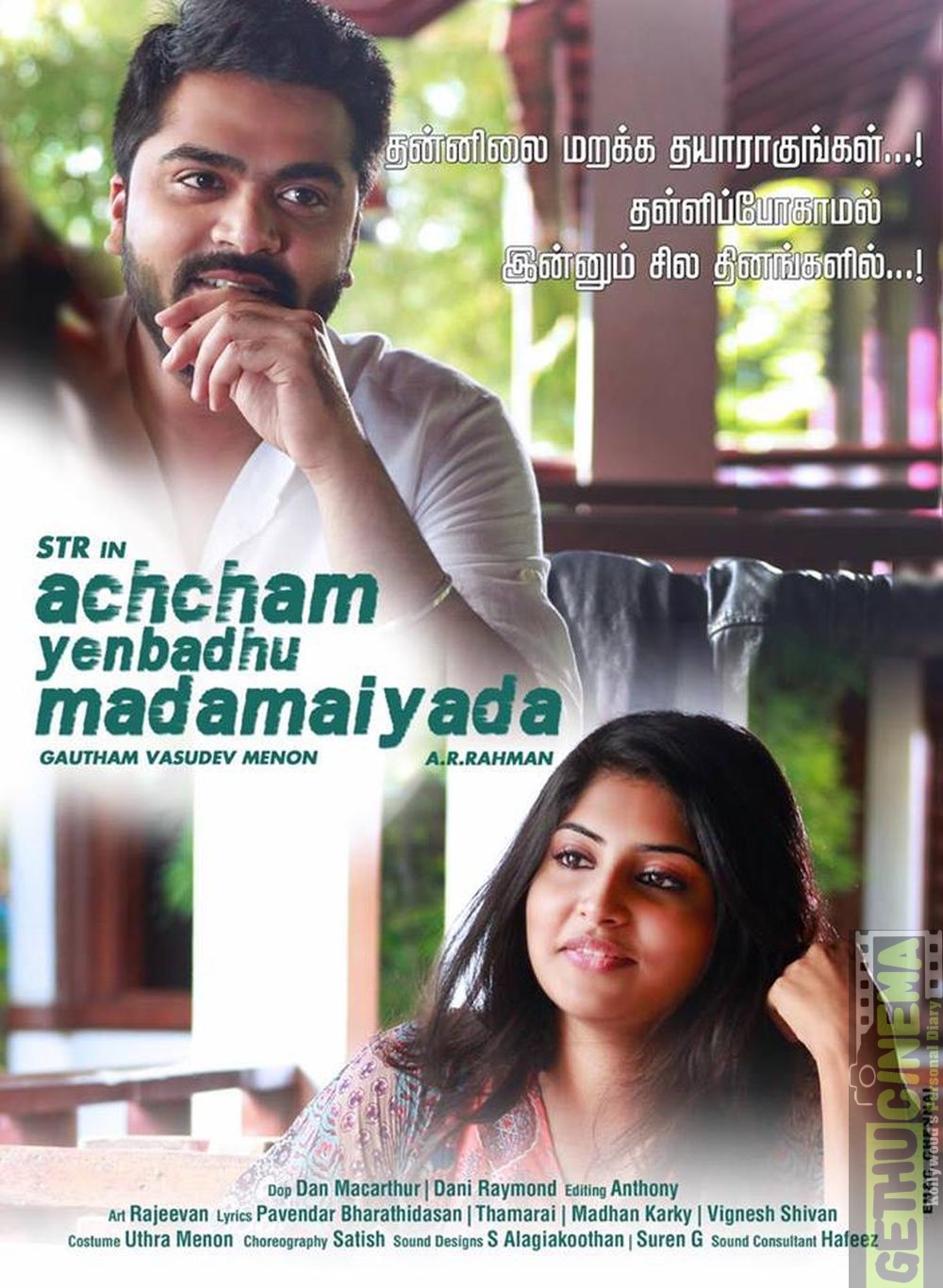 Achcham Yenbadhu Madamaiyada which released last Friday to great expectations was well received by the audience. The movie received mixed reviews from the critics but that did not in any way alter the box office collection. The film is declared a hit and the box office are ringing.

Trade analysts in the industry have calculated that the movie would have collected an average of 4.3 Crores in Chennai city alone. This is said to be the biggest ever opening for a Simbu film said the sources close to the film.

The movie which had Simbu and Manjima Mohan playing the lead roles had the music composed by A.R.Rahman and was directed by Gautham Menon.