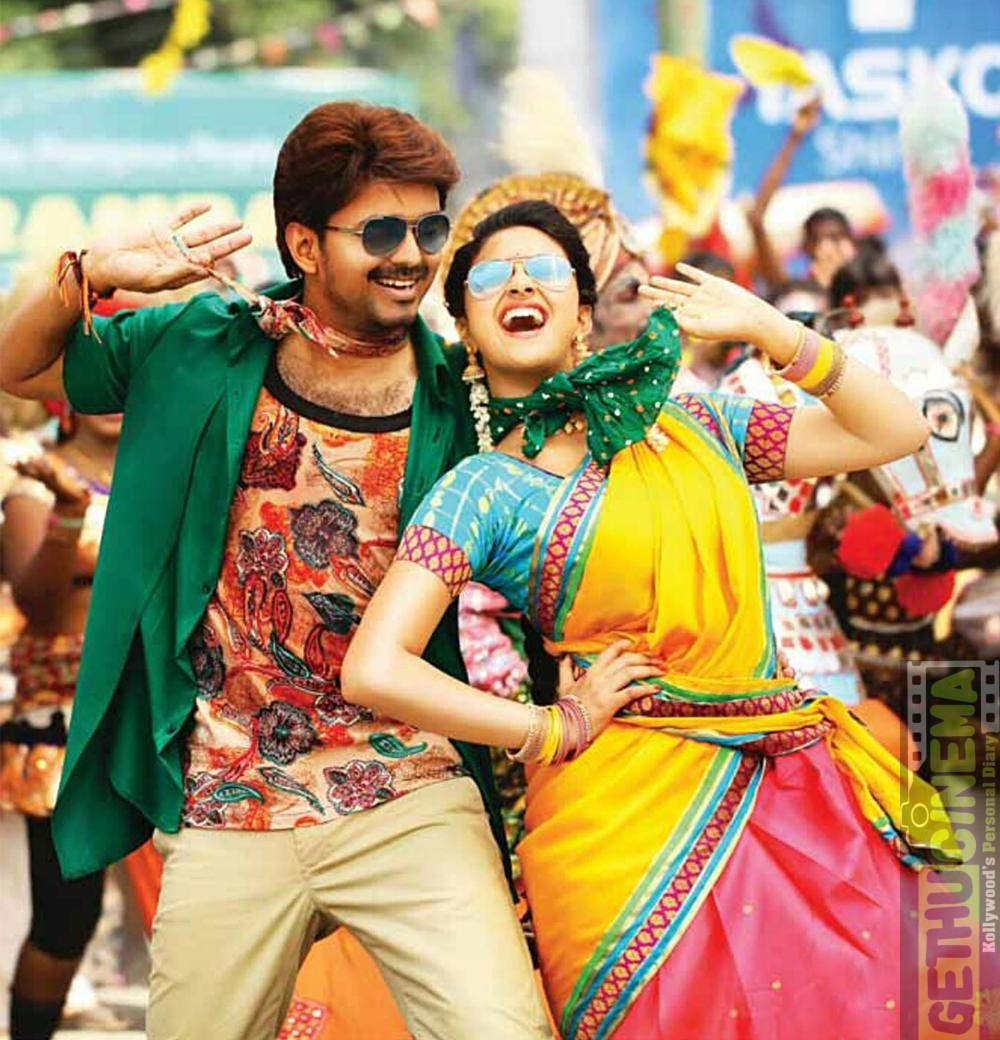 Ilayathalapathy Vijay’s Bairavaa teaser which released few weeks before was well received by the fans of the actor. The movie has Keerthy Suresh playing the lead female role while Santhosh Narayanan takes care of the music. The movie also has Sathish, Mime Gopi and Daniel Balaji in the lead roles.

The teaser for Bairavaa has been on the news for long time, thanks to the records it has been making in youtube. The teaser has so far crossed 9.1 Million hits on youtube. With the brisk rate at which the teaser is trending it is easy for the teaser to cross 10 million. If it does, then Bairavaa teaser would become the third promotional video of Ilayathalapathy Vijay’s movies to do so.