Director Chakri Toleti who debuted in the film industry with Kamal Haasan’s magnum opus “Unnai Pol Oruvan” has announced his next film with Nayanthara in the lead. The project which is touted to be a female oriented film has been titled as “Kolaiyuthir Kaalam”. The project is being funded by Pooja films and YSR films.
This is the debut project for YSR films launched by Yuvan Shankar Raja himself. Yuvan announced the launch of the banner YSR films on twiiter. Chakri Toleti said that Kolaiyuthir Kaalam would be a female oriented subject with more emphasis on Nayanthara’s characterisation. 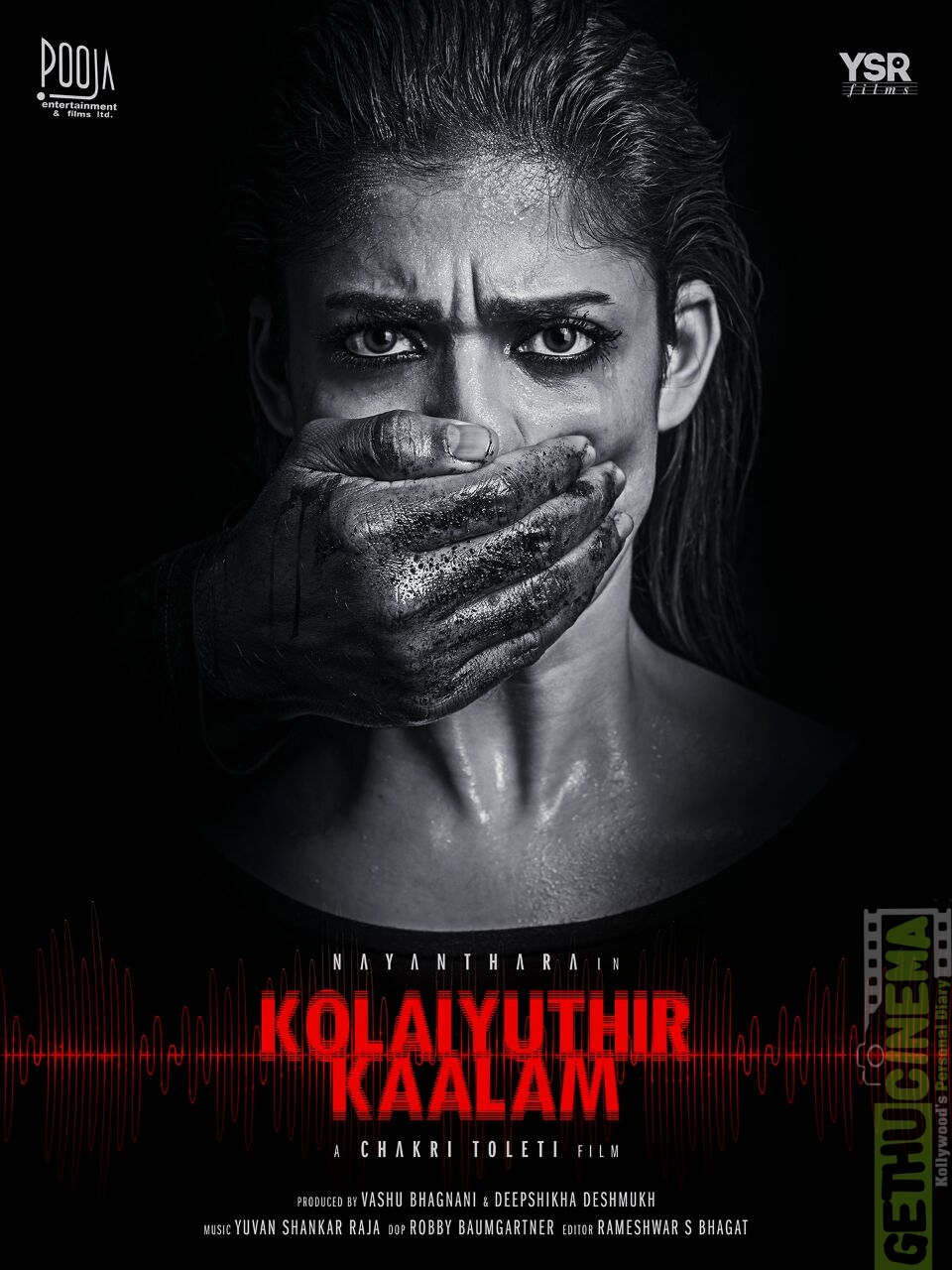 The first look poster of the movie which was released in Nayanthara’s Birthday had the actress in an altogether different look from her recent films. Analysts declared it to be an intriguing poster with the mystery element spread over it.

Nayanthara who is busy finishing her schedules for Sivakarthikeyan starrer movie directed by Mohan Raja of Thani Oruvan fame also has Dora and Aram on her cards. Dora would be one another horror genre movie while Aram has the lady superstar playing the role of a District collector who tackles the water problem in the area.