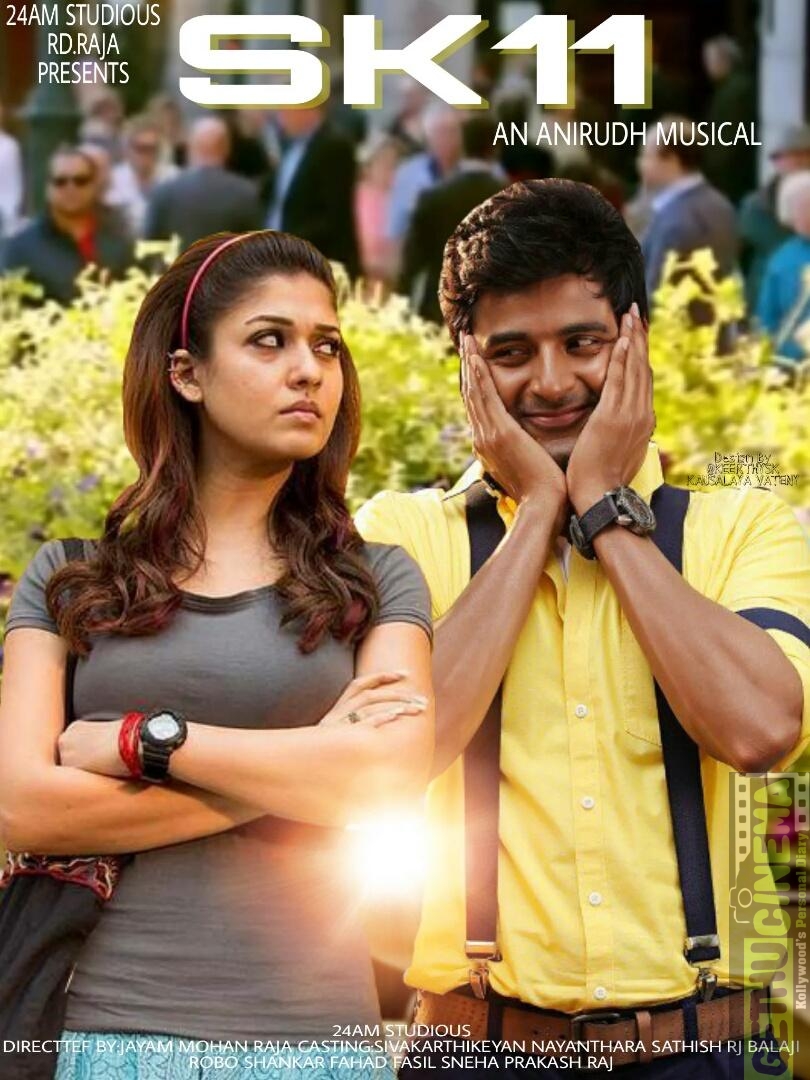 Sivakarthikeyan’s next project with Jayam Mohan Raja has gone on floors by Friday this week. Expected to be an entertainer backed with a social message, the Mohan Raja directorial has a brilliant star cast including Nayanthara playing the lead role, Fahadh Fazil and R.J.Balaji are on the cast list as well.

Funded by the prestigious 24 AM Studios, the makers of the film have eyed for August release next year and the team has even narrowed down on a date. 25th of August which coincides with Vinayakar Chaturthi of the year 2017 has been marked as the release date for the untitled project.The music for the movie is to be taken care by Anirudh.

With all ur blessings and support we start our Production No:2 TODAY.Worldwide Releasing on 25th August 2017,VINAYAKACHATHURTHI RELEASE ???? pic.twitter.com/ITxHFAOwJ4