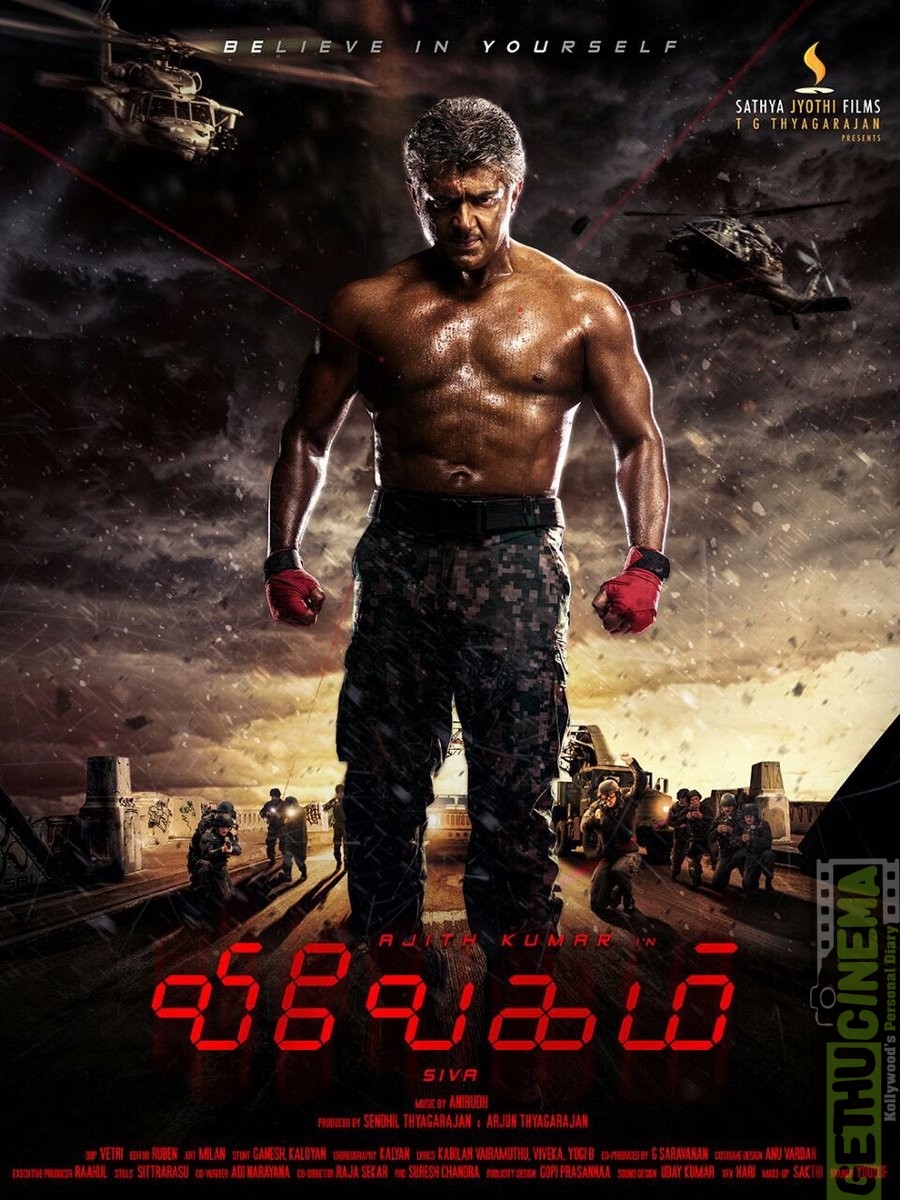 The much talked about poster of the recent times is the Thala’s first look poster from Vivegam his upcoming film with director Siva. Thanks to Ajith’s six pack abs which made internet go gaga over the poster.

Thala 57 aka AK57 aka Vivegam’s first look has been retweeted more than 15000 people so far in twitter and has crossed the threshold set by Kabali. Social Media Analysts say that the charming first look is already etched among Kollywood fans and is likely to cross Theri’s record too.