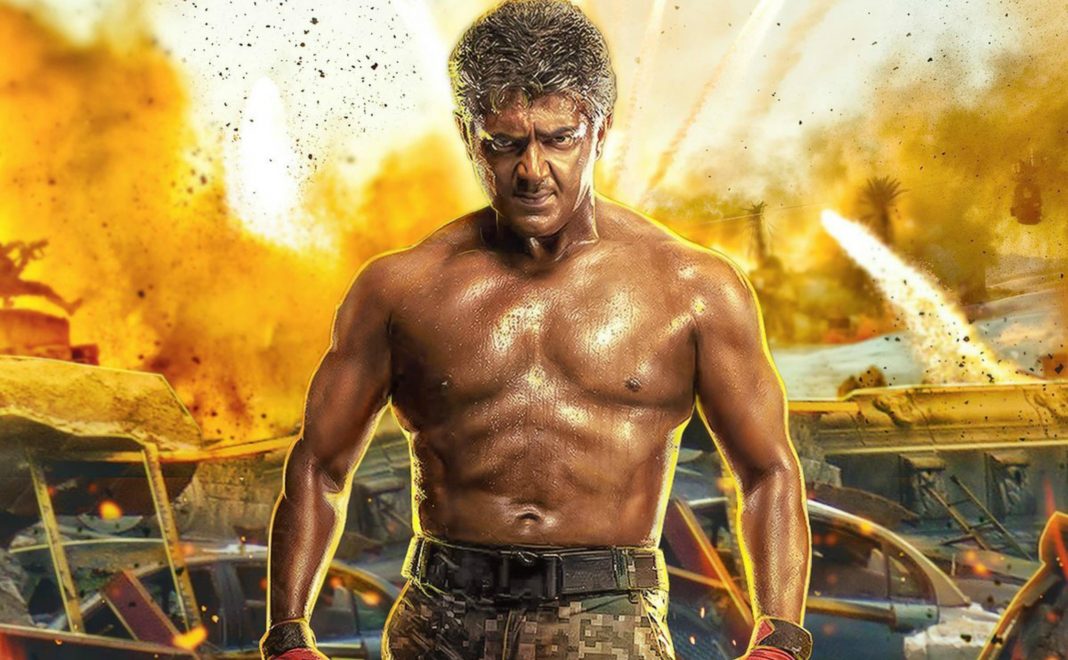 Thala57 or AK 57 has been rechristened as Vivegam by the team. The title was released along with the first look poster of the movie which had the lead Ajith Kumar sporting a shirtless look flaunting his six pack abs. The first look of Vivegam sent waves across the internet once it was released. Celebrities and fans together celebrated the first look praising the dedication of the actor.

The hype for Vivegam has increased multifold now after the release of the first look. Now the team has decided to release the teaser of the movie on May which happens to be the birthday of the actor Ajith Kumar. The makers of the movie are also targeting first week of June to release the audio of the movie.

Sources close to the team also says that the team has decided to release the movie on June 22 targeting Ramzan holidays. It so happens that June 22 is also the birthday of Ilayathalapathy Vijay.